The Gospel according to Bob Dylan

The Gospel according to Bob Dylan August 17, 2014 Michael F. Bird 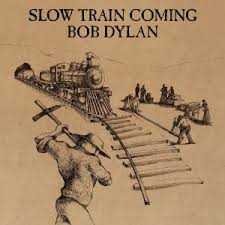 Over at ABC’s Radio National, Aussie Theologian Ben Myers is interviewed by Geoff Wood about the evangelical phase of Bob Dylan’s career.

You can read and listen to the interview here.

In January 1979, Bob Dylan committed an act that outraged people around the world. It had nothing to do with sex, drugs or rock ‘n’ roll. Well, not directly anyway. In an apartment in West Los Angeles, Dylan met with two pastors from the evangelical Vineyard Fellowship and soon after publicly committed himself to Jesus Christ. It was a shot in the culture wars that still resounds today. As music critic Greil Marcus wrote at the time, the idea of Dylan serving Jesus was like getting accosted in an airport. Biblical allegory and religious themes had been like a second language for Bob Dylan, but for the bar mitzvahed folk revivalist, the protest singer, the hipster rebel, the Rolling Thunder rock star, whichever version you followed, Dylan becoming a born-again Christian really blew a lot of ‘70s minds.

Ben Myers waxes wonderfully in his account of Dylan’s music!

August 18, 2014 The Gospel of the Lord is Now Released
Recent Comments
0 | Leave a Comment
Browse Our Archives
get the latest updates from
Euangelion
and the Patheos
Evangelical
Channel
POPULAR AT PATHEOS Evangelical
1

“He refused to be called the...
Cranach
Books by This Author Books by Mike Bird