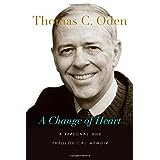 I have to say that Thomas Oden’s autobiography will probably be one of my favourite reads of 2015.  Oden recounts his beginnings as a radical lefty, a theologian into Bultmann, Freud, Nietzsche, and Marx, but then experienced a turn towards conservative theology through an encounter with the church fathers. Oden abandoned his idealistic pacifism and socialism and moved theologically after discovering the joy of learning about Christmas (incarnation) and Easter (resurrection). He calls the first forty years of his life prodigal, the second forty he considers as home coming. Several things propelled him towards orthodoxy including Barth, Pannenberg, Anglicans like J.I. Packer, and especially a Jewish colleague at Drew University named Will Herberg. It was Herberg who told him that “You will remain theologically uneducated until you study carefully Athanasius, Augustine, and Aquinas” (p. 137). And so began Oden’s journey into patristic literature which forever changed him.

I first came across Thomas Oden through his book Requiem which recounts demise of the mainline churches through their abandonment of orthodox theology. I love his book written with J.I. Packer called One Faith which proves that Arminians and Calvinists can get along together. Oden is probably best known for his work editing the Ancient Christian Commentary Series and his later works about early African theology.

There’s a lot of good biographical info here about growing up between the Great Depression and World War II in Oklahoma. But it is Oden’s move from 1960’s revolutionary to paleo-orthodox theologian that is the by far the main focus of this book. Oh man, there are so many good anecdotes, quotes, and stories I could cite from the book. He says that, “Regrettably the Scripture texts I had loved as a child had become buried in my secularizing consciousness, but now they found a new life with me” (p. 70). Oden was well traveled and met theologians from Barth to Ratzinger. About Barth he says, “He gently warned me against veering too far from the central task of theology as the study of the Word of God revealed” (p. 95). The story of his family driving from Germany to Jerusalem through war torn Syria is hard to put down. In finding historic orthdoxy he says, “I had been in love with heresy. Now I was waking up from this enthrallment to meet a two thousandard year stable memory” (p. 140). Oden treasures “consensus Christian” which is a lot like C.S. Lewis’ “mere Christianity.” Oden says, “The clergy did not create this consent; it was achieved by an act of the worshiping community confirmed by the laity in song, prayer and Scripture” (p. 176). Oden says that he considered converting to Catholicism and Orthodoxy, but remained Methodist since “vocation was in the church that had baptized and ordained me” (p. 277).

I’ll be getting my Ph.D students to read this book as part of their program and I hope many others read it too. A great read, an encouraging read, about a contemporary theologian who realized the moral bankruptcy and theological impoverishment of liberal Christianity and who also teaches the merits of a broad consensus Christianity which is preferably to narrow and sectarian varieties.

Two thumbs up from me!

January 25, 2015
Call for Papers for Ecclesia and Ethics Conference
Next Post