An Anglican Theologian Has 5 Questions for Rachel Held Evans I’ve always found author/blogger Rachel Held Evans to be an interesting person who could probably hold up a good conversation in a cafe. She has an interesting story of wrestling with what it means to be a Christian, combined with some contrarian sass and social media savyness. She has successfully cultivated a following out of disenfranchisement with the American evangelical scene while trying to affirm her faith in God and love for the church. She is a capable author and energetic commentator. Evans is not afraid to court controversy by disagreeing with leaders like John Piper and Al Mohler on everything from theodicy to gay marriage.

In her latest book, Searching for Sunday, she narrates her journey from evangelicalism to Episcopalianism through an exposition of the seven sacraments. It is a book that wrestles with things like doubt and the wonder of Jesus. Evans talks about the richness of liturgy and how she became pro-LGBT. In a nutshell, the book is about:

Many people, especially millennials, will resonate with much of Evans’ story and her journey into the mainline. Others will eschew her critique of evangelicalism as shallow and remain wary of her adulation for liturgical churches. Evidence of the polarizing response to her book is the lukewarm reception it got from Ben Witherington and the positive review from Mike McHargue who has trouble containing his enthusiasm for it . What I like is that Evans is beautifully affirming of the resurrection, she has an almost poetic view of the Eucharist, and is resolutely pro-church. Evans also calls those trying to woo millennials back to church not to bother with tacky worshiptainment, but to seek substance over cheesiness. In addition, I really loved this line from her interview with Jonathan Merritt:

Every Sunday morning, I stand in my Episcopal church and join in a chorus of voices publicly affirming the Apostle’s Creed. Together, we declare that there is a good and almighty God who is the creative force behind all things seen and unseen; that this God is One, yet exists as three persons; that God loved the world enough to become flesh in the person of Jesus Christ, who lived, taught, fed, healed and suffered among us as both fully God and fully human; that Jesus was conceived by the power of the Holy Spirit and born to Mary; that he was crucified on a Roman cross and buried in the ground; that after three days dead, Jesus came back to life; that he ascended into heaven and reigns with God; that he will return to bring justice and restoration to our broken world; that God continues to work through the Holy Spirit, the church, and God’s people; that forgiveness is possible, resurrection is possible, and eternal life is possible.

However, as an Anglican theologian/clergyman, I do have some pressing questions for Rachel. Who knows, maybe she’ll even answer!.

1. What if there was a brand of evangelicalism – committed to the authority of Scripture and the proclamation of the good news about Jesus – which did not have the specific baggage of American evangelicalism with its marriage to right-wing politics, its tribalism, negative rhetoric, and fear of losing cultural supremacy; a place where there is egalitarianism, liturgical worship, with hermeneutical sophistication rather than crass literalism? I call this place “the rest of the world” where Christianity, even in its conservative forms, does not have the window dressing of American evangelicalism. Could it be that you’ve used the right extreme of evangelicalism as a shallow reason to justify leaving it rather than engage with the moderate/centrist evangelicals in the US and around the world who have similar concerns to yourself, but are not prepared to jump the evangelical ship precisely because they believe in the evangel? In other words, did you ever consider that Michelle Bachmann might not be the only evangelical game in town?

2. You’ve said in the past that, “Jesus is Lord and Caesar is not,” which is a mantra I oft quote myself. However, given that your faith seems to sit quite well with a progressive liberal audience, is there anything that a secular Caesar would find affronting about your faith? In other words, what is there about your faith that would make a secular fundamentalist want to throw you to the lions?

3. The Episcopal Church (TEC) is a complex and diverse denomination. Only last January I had the pleasure of worshipping at two Episcopal churches in Houston, which was a great experience with some wonderful people. In a broad church like TEC there are people to the theological left and right and everything in between. However, TEC as a whole is typified by a radical liberalism and an authoritative leadership that punishes dissent and persecutes conservative believers (I can provide evidence if you wish!). Bishops in TEC have denied every line in the Apostles’ Creed and there is a flagrant rejoicing in apostasy. I have to tell you that the vast majority of world-wide Anglicans look on TEC with a mixture of confusion and disgust and have broken fellowship with TEC. It is because of TEC that the next Lambeth conference has been indefinitely postponed. The African and Global South Anglican bishops have responded with no shortage of rage and rancor at TEC’s actions and attitudes towards Scripture. Now if the TEC presiding bishop asked you, as something of a celebrity recruit to TEC, to go to Africa and get the African bishops to chillax and to receive TEC back into the Anglican fold, what would you say to them? In other words, should the global south Anglican bishops be in fellowship with TEC?

4. You rejoice in reciting the creeds, as do I, in fact I’ve got a book coming out on the Apostles’ Creed! But what are we saying when we confess “one holy catholic and apostolic church”? I don’t want a corny answer, “This is what it means to me” as if we are looking at Rorschach drawings and we can each believe whatever we like. The creeds embody the faith that all Christians – be they orthodox, protestant, or catholic – profess together. As a Christian, what am I supposed to believe about the church’s oneness, holiness, catholicity, and apostolicity? What is the essential substance and symbol of a church compared to any other organization? To put it differently, when is a church non-apostolic or when is it not holy?

5. Do you think it possible for a church to be affirming of LGBT persons even while insisting on celibacy in singleness and faithfulness in heterosexual marriage? What would you say to an ex-gay person like Rosaria Butterfield and a celibate gay Christian like Wesley Hill who both hold to traditionalist view of sexuality?

I’d like to have the kind of conversation with Rachel that Ben Witherington suggested:

Come let us reason together, without the one side or both shouting at the other, or the one side or both foreclosing the discussion prematurely. Without self-righteousness or condescension let us have a heart to heart talk, and if we still disagree, then let us part as Christians, with love and respect for each other.

I don’t know if Rachel will answer these questions, but these are juicy questions for all us to ponder about the church (though #3 is really just for Anglicans). 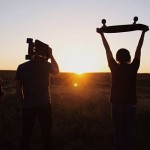 April 26, 2015
What Christian College Students Are Saying About Sex . . . It May Surprise You
Next Post