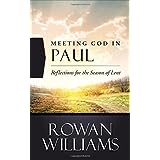 I believe that we need to read Paul with a sense of his own intense conviction that he was exploring a new country – as fertile, beautiful and exhilarating, above all as real and tangible in its working, as any that a sixteenth-century sailor might have run across in his voyages of discovery. Did Paul transform Christianity? Yes, of course. He took a bundle of traditions and practices generated by the mysterious events around and after Jesus’ death and struggled, with all the intellectual and imaginative skill he could muster, to see the patterns that held them together. But the more you read him, the more you see how he is labouring to do justice to something that is already there confronting him in these stories and practices – not improvising a new religious system. Sometimes there are still loose ends in his attempts to bring it all together in a consistent pattern; more often he uncovers a set of interconnections so profound that they have set the agenda for centuries of further discussion and elaboration. He is never looking for new religious theories for their own sake; he is always asking what must bet true about God, about Jesus, about the human and the non-human world, if the prayer and practice of the early Christians he knew is to make some kind of sense, to them as well as to their baffled and suspicious neighbours.

March 5, 2016
A Defense of the Holtzmann-Gundry Hypothesis on the Synoptic Problem
Next Post

March 8, 2016 Wonderful Book about Meeting God Face to Face
Recent Comments
0 | Leave a Comment
Browse Our Archives
get the latest updates from
Euangelion
and the Patheos
Evangelical
Channel
POPULAR AT PATHEOS Evangelical
1

What I Learned from Designing Women...
Anxious Bench
Books by This Author Books by Mike Bird