Patristics Scholar Lewis Ayres Weighs in on the Intra-Complementarian Debate 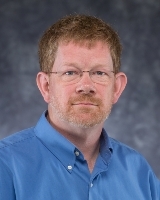 Okay folks this is not a drill and not a joke. Celebrated patristics scholars Prof. Lewis Ayres (Durham Uni), who is probably the guru-swami-ninja-jedi-master of patristic trinitarian theology, offers his two cents on Bruce Ware and the “subordinationist” view. To be honest, I mean Bruce Ware and friends no ill, I think they are sincere, they’re trying their best to be faithful theologians and readers of Scripture, and wanting to pursue practical applications. But I just don’t know if it is possible to salvage the subordinationist argument for marital submission after Lewis Ayres and Michel R. Barnes have left nothing but debris in their wake. Let me add- and this was not at my behest or invitation – that when two of the biggest names in fourth century trinitarian theology graciously dismantle your theological argument for basing human relationships on a subordinationist trinitarianism, the game is over. Time to abandon the SS Subordinationism, man the life boats, look for a nice Nicene Island for refuge to land on, and find less complicated ways of arguing for complementarianism.

I’m not going to duplicate what Michel has said, and I am going to comment only on what Bruce has said, not the other posts to which he responds. Though I will say, in case anyone asks, that what Wayne Grudem says about eternal generation is just plain daft. I gave a paper – I’ve never published it – at ETS some years ago just exploring how Origen talks about eternal generation, largely in order to show that, surprise, surprise, the term “monogenes” plays very little role in the argument. Wayne was there and we had the opportunity to speak about this at Southern Seminary 3-4 years ago at their Trinity conference. He was very friendly and polite, but I don’t think he even listened.

So, Bruce. While I was at Southern I got to spend some time with him, and we got on well. I say this only to think that I don’t think there is any intentional deception at all when he says that he is thinking about the Trinity itself and not only about gender questions. I do think that he may not have noticed in his own thinking how deeply and unhelpfully intertwined these two have become. But let me make just a few points, arguing that I think Bruce’s theology is just a bit too simplistic. I won’t make these points historically, so much as dogmatically. But throughout I am heavily Augustinian (and Thomist).

There is indeed a certain order in the Trinity (like Michel I would point to Augustine’s trin . 4 as an exemplary text in this regard): Son and Spirit reveal and lead us to the Father. But how is that order presented to us? There are number of reasons, logical and scriptural why we have to be careful about how we speak of it. The first follows from the principle that the divine three are each the fullness of deity and yet there remains one God. It is not enough to say that each possesses the fullness and leave it at that. Rather each possesses it in such a way that there is still only one God, one fullness of deity. This most certainly defeats the intellect (and from this stems the ultimate hubris of much written about the Trinity by recent “analytical theology”). But it also has consequences when we find ourselves placing too much faith in sentences of the form “the Father sends and the Son goes.” Let me draw out perhaps the most important.

All our speech about intervals and succession here may be necessary for our frail minds, but we should at least recognize that it is necessary for that reason, and hides a reality that we barely grasp. Inseparable operation, in other words, is pointing to a considerably more complex truth than simply saying that everyone has a distinct role in each divine action. One consistent way of expressing the doctrine is certainly such language as the Father working through the Son and perfecting in the Spirit, but that is not the only way it is expressed and certainly does not really get to the heart of the mystery of which it speaks. Such language is not wrong, and finds biblical warrant easily enough, but it is not enough (and it is not enough because of other patterns of Scriptural speech). Here, I think John Webster was certainly right to insist that meditation on the divine attributes and the unity of God is rather lacking in modern writing Protestant or Catholic.

Along the same lines, we should not forget texts such as John 5:26 “as the father as life in himself, so he has granted the son to have life in himself.” The Son has been given an equality in power to the Father: theologians from Augustine to Aquinas have recognized that we must say both that the Son is sent, and that the Son sends himself – rather as the Spirit is sent by Father and by Son and yet blows where it pleases. It is true enough I think to say that, risking saying far too much given the state of our knowledge this side of the beatific vision, the Son’s mission is founded in his procession, but one of the fascinating things about the processions is the gift of the fullness of divinity and the eternal maintenance of the unity of God through the generation of the Son and spiration of the Spirit. This has consequences that I don’t think Bruce’s theology has even begun to tap – consequences for what our thought may accomplish and where it may be certain that it misses.

So there are not only two alternatives: The Trinitarian persons are equal or eternal subordination. It is much more interesting than that. But, at the same time, we are recognizing that the scriptural witness itself demands of us this subtlety and recognition of complexity. We might even bring in here the doctrine of “appropriation” – the principle that scripture appropriates to particular Trinitarian persons terms and actions that belong to all. Thus, Augustine most famously makes much of the Son’s title of Wisdom. The Son is wisdom, but who would deny that Father and Spirit possess the fullness of wisdom if they possess the fullness of deity? Appropriation is a practice, a doctrine that exists not to take account of scriptural evidence that doesn’t fit, but it is a practice that takes us to deeper depths of scripture where the failures of the human intellect are laid bare in the face of the true unity of God and the mystery of what it means for there to be a Trinity.

I am with Michel also on not really being convinced by those who are desperate to use the Trinity to come up with a pattern of human existence – as community or as relations between the sexes. Of course, John 17.21 demands we do something like this, and the question of divine unity is at the fore there as is divine love and mission. I have had a little to say about this is the paper I did for the volume from the conference at Fuller a few years ago, but I need to keep thinking about this.

So if you are not reading Bruce Ware, what should you read about the Trinity? The literature on historical material is extensive, for short essays Michel’s “canon” essay is a key piece before anyone starts shouting about homoousios, and that essay and my Nicaea book both point to a world of other literature. For exposition of the resulting range of doctrines I would certainly point to my Augustine and the Trinity (which explains such matters much better than the Nicaea book; my old Augustine and the Grammar of the Trinity paper doesn’t do a bad job of conveying some stuff – I think its on my academia.edu page along with the paper I did at Fuller), I would point to Gilles Emery’s book on Thomas (or his smaller intro to the Trinity), I would point to Scheeben’s Mysteries of Christianity, and Matt Levering’s Scripture and Metaphysics also has much for an evangelical audience that might be really interesting. I have a current student Blair Smith, who is taking up a position in systematics at RTS Charlotte this summer; his thesis on divine Fatherhood, when finished will make an excellent addition to this list.

June 13, 2016
Patristics Scholar Michel R. Barnes Weighs in on the Intra-Complementarian Debate on the Trinity
Next Post