Patristics Scholar Michel R. Barnes Weighs in on the Intra-Complementarian Debate on the Trinity 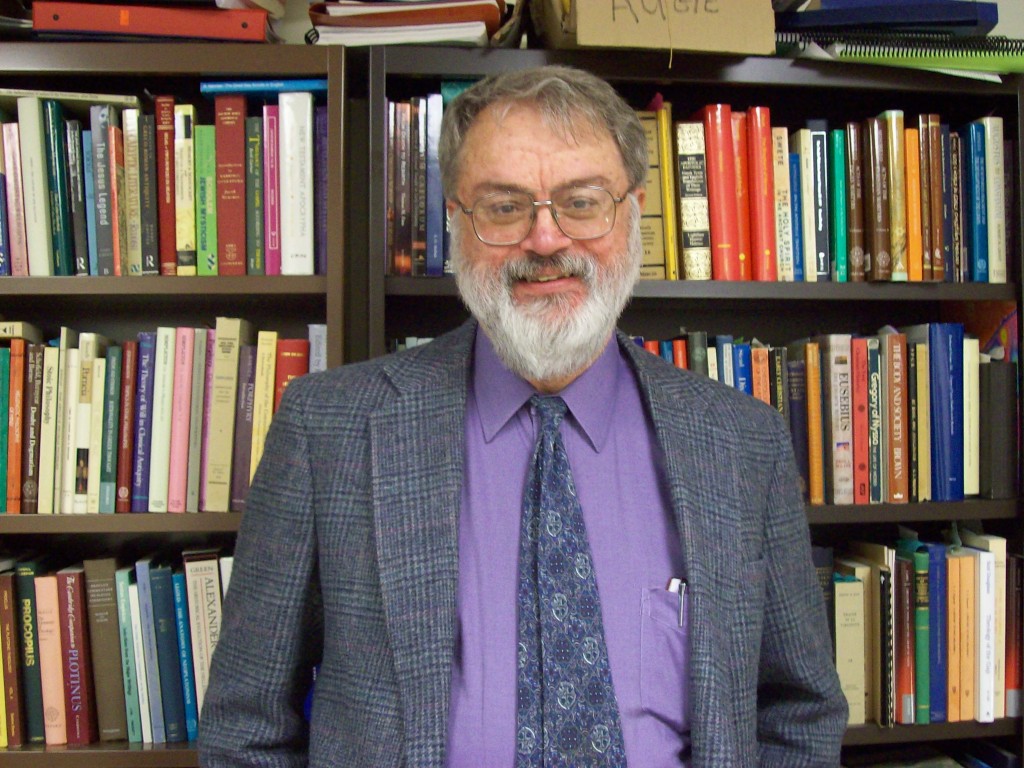 Celebrated Patristics scholar Michel R. Barnes, who specializes in fourth century trinitarian theology, puts in his two cents on the exchange between Bruce Ware and Carl Trueman, making some astute and level observations on the debate.

When I first read the Ware piece above I thought this was yet another round in the Social Trinity/Can Women be Ordained debate that has been going on amongst many Evangelicals for more than five years. I wrote a long “post” basically on how social Trinitarianism is silly, and that basing one’s ecclesiology on the life of the Trinity is idolatrous. I also argued that “subordinationism” has become a scare word like “Nestorian” or “Neoplatonist” (or “Papist”), and considerable nuance has to be used — making it, for those of us “in the business” a word we have been trying to avoid and replace. In any case, orthodox Trinitarian theology, pre and post Nicene, has always had some kind of “subordinationism” — whatever that word means — to it. Read Augustine, de Trinitate I-IV (or at least I & IV) and the discussion of “missio”. HOWEVER, after I had struggled with this post and put it before Evangelically-sensitive eyes, I actually went and read the Trueman blog post. I now feel deeply misled by Ware. If Trueman had a place for responses I would have said the following — that this one statement by Trueman is not historically correct:

“Simply claiming the homoousion is not enough to make one a Nicene Trinitarian. Were it so, history would make no sense. After all, the term was adopted in 325 but it was another 56 years before Nicene Trinitarianism was finally defined. The intervening years were largely spent battling over the nature of the relations. One of the keys to the resolution of this problem was the concept of eternal generation.”

Homoousios was not “adopted” in 325; the word was in the creed the Council of Nicaea 325 produced in order to exclude Arius’ theology, full stop. Yes, the term by itself does not make one “Pro-Nicene” — that is, consistent with the theology of the creed of Constantinople, 381. See Eusebius of Caesarea’s Letter to his congregation on homoousios, and also note the positive response Nicaea had among some “modalists” — to wit, Marcellus of Ancyra. This supports Trueman, but the more important thing that Trueman seems to miss is that homoousios was not a term of debate from 325 until 357: it was not a significant term, period. Athanasius pushes it starting with his various “Histories of the Councils” and it is important in the Third Oration, which Lewis Ayres dates to 345, a bit on the early side of the window accepted by scholars. Finally, I offer a reasonably detailed account on the significance and non-significance of homoousios for Pro-Nicene theology in my essay long ago, “On the Fourth Century as Trinitarian Canon”. That the debate was all about “the nature of the relations” is not a phrase I would use (but so what?). I think that the question of causality came more and more to dominate the discussion, especially after Eunomius (360) ties his rejection of homoousios to causal distinctions. Eternal generation is indeed sine qua non of orthodoxy in 381 and thereafter. (However, for nuance look at Gregory’s glossing of “generation” in Con Eun III.6.) Finally, Ware’s “First” and “Second” points are okay so far as they go, though they overstate the significance of homoousios; his “Third” point is reductive of Scriptural witness: neither Ps 33:6 nor 1 Cor 1:24 are about “submission”.

June 12, 2016
Even More on the Complementarian Calvinism Debate on the Trinity
Next Post