Why the Intra-Complementarian Debate on the Trinity Matters: Theological Cultures and Tragic Lessons from Anglicanism 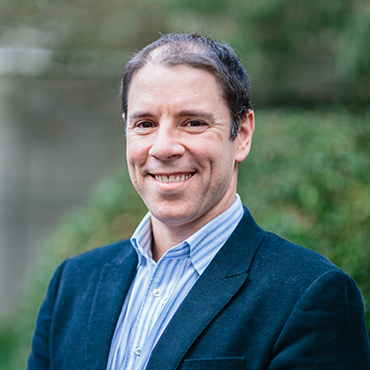 By now I’m sure you’ve all heard about the Intra-Complementarian “Civil War” about the Trinity, Subordinationism, and Gender. While this might seem like a storm in a teacup or else sound like the esoteric ravings of academics, let me assure you that there is far more than that going on. My good friend and colleague, Scott Harrower explains why this debate matters, and why you should care. Scott shows the importance of preserving a “theological culture” where the Trinity is upheld and describes the tragic story of 17th century Anglicanism where there was a gradual decline from Nicene orthodoxy to Arianism to Unitarianism. So this stuff really does matter!

Why Trinitarian Debates Really Do Matter!

Why do debates about the doctrine of the Trinity matter today? The answer is that these debates are central to the variety of theological cultures that they inhabit, shape and communicate. Let me explain, then provide some examples. In their important works on the reception and development of Nicene theology, both Lewis Ayres and Khaled Anatolios note the importance of theological cultures. A theological culture is a social matrix, in which, certain theological and interpretative attitudes about the nature of God, Jesus Christ, and the Holy Spirit, relate to Christian worship, scriptural exegesis and personal piety. Such cultures are developed over time. They are the theological trajectories, and lived Christian experiences, of Christian communities.

Ayres and Anatolis note that the various pro-Nicene and Semi-Arian cultures did not go away for a number of centuries after the First Council of Nicaea. Rather, though they may have adapted and changed slightly, they continued to be passed on from generation to generation.

The same phenomenon of receiving theological cultures and passing them onwards occurs today. For example, consider the college where Mike Bird and I work. The college has named lecture rooms after our former Principals and our library is named the Leon Morris Library. Leon Morris’ theological efforts in affirming the atoning death of Christ, as well as the usefulness of the OT for theology, are ever-present reminders to those of us who work there. Leon’s portrait looks down upon us kindly as we go about our activities. Our college has a theological culture that is influenced by Leon Morris and his heirs, those Principals that followed him and shared his theological convictions.

The issue of theological cultures matters today for the sake of future generations.  What we teach and commend to our students, churches and friends will influence them and their children and grandchildren. In the same way that I am grateful to the evangelical Anglicans that came before me, I hope that future evangelical Anglicans will be thankful to myself and my peers for passing on a particular theological culture.

As an Anglican I am reminded that when it comes to the doctrine of God I don’t have to look back to the fourth century to appreciate the importance of one generation passing down its theological culture to another. The 17th and 18th century saw a number of nuanced homoiousian or “semi-Arian” subordinationist theologians in the Anglican church. Perhaps the most famous were Isaac Newton, (d. 1727), William Whiston (d.1752) and Samuel Clarke (1729). Isaac Newton’s successor at Cambridge, William Whiston, wrote that it was Newton who opened his eyes to the fact that “what has long been called Arianism is no other than old uncorrupt Christianity” (Whiston, William, A Collection of Authentic Records cited in Maurice Wiles, Archetypal Heresy, 77). The sources of Newton’s theology are noteworthy: his christological views were driven by hermeneutical principles that stemmed from his close exegesis of texts such as 1 Cor. 8:5-6; Phil. 2:5-11; John 5:26. These included the distinction between the kind of divinity the Father has as God, and the Son has as Lord; the primacy of God the Father over the Son; the different grounds for worshipping the Father and the Son; and a reading of the divinity of the Logos which is (in a relative sense) distinct from and lower than the divinity of God the Father (Wiles, Archetypal Heresy, 77). Importantly, Wiles notes that “On the scriptural side, a small number of texts or short passages stand out as the controlling influences on his [Newton’s] understanding of the person of Christ. By and large it is the same selection of scriptural evidence that had shaped Arian understanding in the fourth century” (Wiles, Archetypal Heresy, 79). Newton also appealed to historic theologians, such as Justin Martyr, as models of those who prefigured his christological and sub-trinitarian position. He rejected the normative value of the homoousion. In sum, Newton was an example of “homoiousian” theology –the Son is like the Father with respect to his divinity.

Samuel Clarke was influenced by Newton and published the infamous neo-Arian The Scripture-Doctrine of the Trinity in 1712. It had a devastating effect on the piety, worhsip and theology of the clergy and laity of both the Church of England and the Presbyterians. This in turn fueled the development of Unitarianism and Deism in future generations. This story is well documented by Wiles in his Oxford University Press book, Archetypal Heresy: Arianism through the Centuries. The point to note here is that sub-Nicene tendencies in one generation may well lead to a number of non- and anti-trinitarians in the next.

So ask yourself: “What kind of theological culture do I want to commend to future Christians with respect to the divinity of Christ?” I know I want commend God the Son “true God from true God… of one being with the Father,” and nothing short of that. 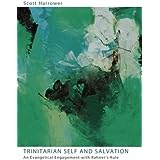 Scott Harrower is Lecturer in Theology at Ridley College and is the author of Trinity, Self, and Salvation: An Evangelical Engagement with Rahner’s Rule (Eugene, OR: Wipf & Stock, 2012).

June 16, 2016
The Trinity Subordination Debate Gets Noticed by Christianity Today
Next Post