Was 2 Timothy written in Philippi? 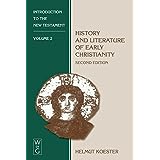 I’m currently reading through Helmut Koester’s  History and Literature of Early Christianity, where I came across a new proposal on the provenance of 2 Timothy which I had never heard before. According to Koester, Paul’s second letter to Timothy – which he regards as pseudonymous – implies a Philippian provenance:

The pastoral Epistles cannot be placed in any situation of the ministry of Paul as it is known from his genuine letters or even as it is portrayed in the Book of Acts. At the end of Acts, Paul is under house arrest in Rome, but that Paul was martyred in Rome is not told. The only location of Paul explicitly mentioned in the Pastoral Epistles appears in Tit 3:12, where Paul says that he intends to spend the winter in Nicopolis (a major city in the west coast of Greece). the personal instructions in 2 Tim 4:9-12, which strongly seems to suggest the authenticity of the letters, point to a different place. Paul is here seen as imprisoned, expecting a final judgment and facing possible execution. In that situation he writes to Timothy, who is in Ephesus, to come to him and bring the cloak, the books, and the parchments that Paul has left in Toras (2 Tim 4:13); Demas had gone to Thessalonica, Crescens to Galatia, Titus to Dalmatia (4:10); Paul has sent Tychicus to Ephesus. In the greetings, Paul says that Erastus remaining in Corinth and that he left Trophimus ill in Miletus (4:20). Although some later manuscript colophons say that Paul wrote this letter from Rome, there can be no question whether the author of 2 Timothy locates Paul at this point of his ministry, shortly before his death. Any glance at a map will show that he thought of Paul as imprisoned in Philippi. Although these instructions and greetings belong to the pseudepigraphical armory of the author, they may well rest on a tradition that Paul was martyred in Philippi. Archaeological evidence has demonstrated that the Philippian church indeed later claimed to be the guardian of Paul’s tomb. Ancient tradition also has it that Timothy was the first bishop of Ephesus and was martyred there. In order to construct a situation, the author fo the Pastoral Epistles must have drawn on local traditions bout the death of Paul and his associates. Whether these traditions are trustworthy pieces of historical information is a [sic] another question (Koester, Literature 2:302).

I’m not sold on the pseudonymity of the authorship of the pastorals – I think the authorship is rather complex and not straightforward – but it is an interesting suggestion about where 2 Timothy is set and its origins.