Franklin Graham is coming to Australia, Sadly, I Won’t be Going

Over at ABC Religion & Ethics, I have a piece on Franklin Graham is Coming to Australia: Here’s Why I Won’t be Attending.

I’m a Billy Graham fan and I support the work of the Billy Graham Evangelistic Organization, but Franklin Graham has tethered himself to Trump in a way that is just not tenable.

I’m not a hysterical anti-Trumpian, but I can’t stomach a syncretistic blend of Trumpism and Christianity.

I argue, among other things:

My opposition to Franklin Graham is not based on his political preference for Trump. I have American friends who voted for and against Trump. And while I am no Trump fan, even I can admit that Trump has scored some victories in economics, judicial appointments and foreign policy. Rather, my opposition is to Graham’s idolatrous devotion to Trump – the way he has messianized Trump to look like Jesus and caesarized Jesus to look like Trump.

Franklin Graham’s Christianity is thoroughly implicated in a particular political vision, a peculiar agglomeration of policies about America’s place in the world; it is tied to troubling form of pugnacious nationalism, centred on the anxieties of the white middle class, and seeks political influence at the expense of faithfulness to the gospel. Graham’s god looks like an apotheosized version of Ronald Reagan; his Jesus comes with an endorsement from the NRA; and his Holy Spirt is the presence of American military power in the world.

It is not that Franklin Graham’s gospel is too political, it is not political enough. There is a political edge to the gospel, the good news of deliverance by faith in Jesus who died for our sins and was raised to put us right with God. It is a religious message, but permeated with social and cosmic significance. Dietrich Bonhoeffer, Martin Luther King, Jr. and John Stott all understood the gospel’s political entailments in their own way. The gospel is about redemption from the evil within the human heart, liberation from institutional evil, the transformation of humanity into the image of Jesus Christ, and the eclipse of the empires of this world by the kingdom of God. Graham’s gospel is not political in the sense that Jesus of Nazareth, Paul of Tarsus, John of Patmos, or Cephas of Capernaum intended it. 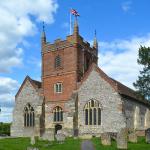 July 20, 2018
Response to Christina Rees on the Future of the Church of England
Next Post 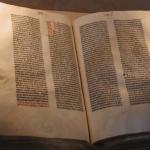 July 26, 2018 Why Incarnation is Not a Model for Biblical Inspiration
Recent Comments
0 | Leave a Comment
"This is a false accusation. Here's an article written by Phil Johnson in which he ..."
Rodrigo Avila Do We Need a Code of ..."
"I'll still laugh and point at the majority of you, but > Xtianity: It is ..."
Steven Watson Before I Went to Seminary I ..."
"dia pistis Iēsous Christ I suspect the ambiguity, both here and in other places, is ..."
Steven Watson Rom 3:21-26 – Translates, Paraphrase, Notes
"Second Temple Judaism spoke of YHWH being two "prescences". After Christianity the rabbis declared this ..."
the old scribe Philo, the Two Powers within Israel’s ..."
Browse Our Archives
get the latest updates from
Euangelion
and the Patheos
Evangelical
Channel
POPULAR AT PATHEOS Evangelical
1

That's Not How Any Of This...
Preventing Grace
Books by This Author Books by Mike Bird