Why Incarnation is Not a Model for Biblical Inspiration

Many theologians describe the dual divine-human authorship of the Bible through the analogy of incarnation. So it goes, the Bible is a theo-anthropic book, it is divine and human, and Christ’s incarnation provides us with an analogy as to how the Bible is simultaneously divine and human.  Gregory of Nyssa used the word anakrasis (mingling or mixing) to describe the relationship between the divine Logos and the words of Scripture, a term also used by the Cappodocian Fathers to describe the relationship between the two natures of Christ, though the term was later associated with monophysitism.[1] The 1942 Papal encyclical Divino Afflante Spiritu says, “For as the substantial Word of God became like to men in all things, ‘except sin,’ so the words of God, expressed in human language, are made like to human speech in every respect, except error” and even the 1982 Chicago Statement on Biblical Hermeneutics avers that, “We affirm that as Christ is God and Man in one Person, so Scripture is, indivisibly, God’s Word in human language. We deny that the humble, human form of Scripture entails errancy any more than the humanity of Christ, even in His humiliation, entails sin. [2]

However, John Webster was right to complain that to regard Scripture as an incarnation  is “christologically disastrous, in that it may threaten the uniqueness of the Word’s becoming flesh by making ‘incarnation’ a general principle or characteristic of divine action in, through or under creaturely reality.” Incarnation is about hypostatic union, such a union is not the only mode of God’s gracious condescension to speak to human subjects nor God’s normative mode of self-communication. While Jesus is God and Man and Scripture is God’s speech inspired through human subjects, the differences in mode of divine communication here are so great that the analogy is tactless. While God identifies with his written word, he does not become the written word. This theory flirts with the danger of bibliolatry.[3] 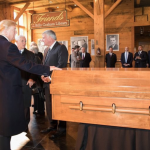 July 23, 2018
Franklin Graham is coming to Australia, Sadly, I Won't be Going
Next Post 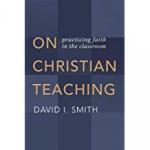