Interview with Tom Schreiner on Romans

His 1998 commentary on Romans in the BECNT series was a sterling piece of exegetical work, one of the standouts of that series, and identified Schreiner as one of the leading evangelical Pauline scholars (see my post about Sain Tom “the Exegetete” Schreiner). However, Schreiner has produced a second edition of his Romans commentary, with far more than a few cosmetic changes, a few significant revisions in fact.

Here is my interview with Schreiner about his second edition of Romans:

What have you changed your mind on since the release of the first edition of your Romans commentary?

I have changed my mind on the righteousness of God (to Mike Bird’s regret!), arguing that the phrase is forensic instead of transformative (though I still believe that we are transformed by God’s grace). The theme of transformation, however, is not in the phrase “righteousness of God.” I also now argue that Romans 2:14-15 refers to Christians instead of unbelieving Gentiles. I have rethought Romans 5:12, arguing that “all sinned” in the last line refers to all sinning individually. Still, we all sin individually because of Adam’s sin. Finally, my take on Romans 7:14-25 is not dramatically different from the first edition, but I have tweaked what I have written with the insights of Will Timmins.

What commentaries, books, articles, or resources do you have now that you wish you had in 1998?

It is amazing how much has come out on Romans since 1998. I list 20 commentaries since the original date. We now have massive commentaries by Jewett, Longenecker, Schnabel, Wolter on Romans 1-8 etc. I wish John Barclay’s book Paul and the Gift were published before 1998. I also profited from Jonathan Linebaugh’s recent work, from Will Timmins’s monograph on Romans 7, and from the work of Simon Gathercole and Andrew Das. Many more could be listed. There is no end to books and articles on Romans.

How would you sum up Paul’s letter to the Romans in a tweet?

The gospel reveals God’s saving and judging righteousness for all people in the cross and resurrection of Jesus Christ, and this saving righteousness is received by faith. The Spirit transforms us so that we live in harmony with one another as we await in hope the new creation.

How should pastors and teachers prepare themselves to preach/teach through Romans?

Study the text first-hand, doing the hard work of translating and analyzing the flow of thought in the letter. Then consult other sources, but be sure that you have done enough first-hand work so that you have a stance by which to evaluate what secondary sources say.

If you had to preach one sermon to a group of non-Christian college kids from Romans what would your text be and why?

Romans 3:21-26. Our greatest need is to know God, and Romans 3:21-26 presents both the saving and judging righteousness of God. Romans 3:21-26 is, in my judgment, the most important text in the letter. We see in this text God’s love and holiness, his mercy and his justice, his forgiveness and his wrath. Finally, we are confronted with the need to put our trust in Jesus Christ to experience his saving righteousness.

Is Romans 9 about predestination?

No and Yes! No, Romans 9-11 are about God’s faithfulness to his promises to Israel, showing that God will never go back on his word. The answer is also yes. God’s sovereign work in the lives of human beings ensures that he will fulfill his promises. If the fulfillment of the promises depended upon us, upon human beings, they would never come to pass. Fortunately, the fulfillment of God’s saving promises depends upon God’s almighty power, and thus we have assurance that he will keep his promises to Israel and to the nations.

How should Christians living in China, in Trump’s America, or Australia think about Rom 13:1-7? [Note Australia has an overtly Pentecostal Prime Minister in Scott Morrison].

We need to remember that Romans 13:1-7 is not a treatise on government. Our inclination as believers should be to obey authority. Still, we have to read all of scripture to understand our relationship to governing authorities. When we do so, we recognize that there are situations when believers should not submit to what the government ordains. Romans 13:1-7 is not a blanket endorsement of everything the government demands.

If you had to preach one sermon to a group of pastors from Romans what would your text be and why?

Are we still arguing about the NPP? Are we beyond it? Where do you think scholarship is at with Paul and Romans?

I think we most recognize the contribution of the NPP, in that the unity of Jews and Gentiles in the church is a major theme in Paul and Romans. Also, the NP has helped us avoid caricaturing the Judaism of Paul’s day. Some New Perspectivists still don’t appreciate the major contributions of the Reformers (Luther and Calvin), and in that sense the discussion continues. I agree with Stephen Westerholm that the the Reformers got Paul right, but the NP, rightly appropriated, has enriched our understanding of Paul. 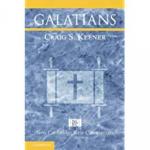 November 11, 2018 Things to Do at ETS/IBR/SBL in Denver, Colorado (2018)
Recent Comments
0 | Leave a Comment
Browse Our Archives
Related posts from Euangelion