Larry Hurtado Reviews Paula Fredriksen on When Christians Were Jews

Over at Marginalia, Larry Hurtado has a great review of Paula Fredriksen’s When Christians Were Jews.

Proposing that the disappointment of hopes for the imminent arrival of the Kingdom of God could have led to the demise of the Jesus-movement, Fredriksen offers “four interrelated factors” that enabled those early believers to maintain their commitment against the odds. These included continuing experiences of “charismata” such as prophesying, healing and exorcizing demons, which believers ascribed to the divine Spirit. These experiences validated the community of believers as those to whom the Spirit had been given. A second factor was “their intensified turn to Jewish scriptures.” That is, early on, Jewish believers searched their scriptures to find resources for understanding their circumstances and also, importantly, the figure of Jesus. This process introduced the third factor, as this biblical interpretation led believers to “refine” (or reformulate) ideas about “Messiah” and the ways that Jesus fulfilled that role. So, for example, there was the novel idea that Messiah was to undergo a violent death and then come again in glory. The fourth factor in Fredriksen’s proposed scheme was another novel idea: the early believers felt themselves obliged to continue Jesus’ mission “to prepare Israel” for the coming Kingdom of God. Then, through various circumstances, this mission expanded to include initially Jews in the wider Diaspora and then even Gentiles (or pagans, to use Fredriksen’s preferred term). 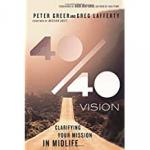 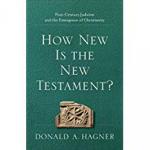 February 16, 2019 Don Hagner on Continuity and Discontinuity in the New Testament
Recent Comments
0 | Leave a Comment
"thanks for the warning.. as a "progressive " christian i considered buying this but i ..."
eric r A Theology for the Twenty-First Century
"Michael ....... why can I not copy your article? ...... I need to have a ..."
Dinah clarke The Future of Orthodox Anglicanism
"You have put my own thoughts and experience in very precise words. Not the part ..."
Linda Giles Salvation by Allegiance Alone – Interview ..."
"I know what you mean!I thought Augustine was a girl's nameThat dispensationalism was what my ..."
Kostya2 Before I Went to Seminary I ..."
Browse Our Archives
get the latest from
Euangelion
Sign up for our newsletter
POPULAR AT PATHEOS Evangelical
1

What We've Learned From GraceLife Baptist...
Young Fogey
Books by This Author Books by Mike Bird

Evangelical
A Theology for the Twenty-First Century
Euangelion