Don Hagner on Continuity and Discontinuity in the New Testament 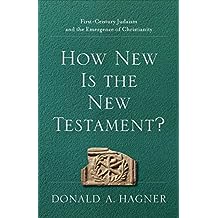 Donald A. Hagner
How New is the New Testament: First-Century Judaism and the Emergence of Christianity
Grand Rapids, MI: Baker, 2018.
Available at Amazon.com

I’ve been long convinced that the most contentious issue in the early church was the matter of continuity and discontinuity between the church and its parental religion and Judean socio-religious life. This is apparent everywhere, what remains the same and what changes with the coming of Jesus and the Spirit. This is a topic that has shaped covenant theology, dispensationalism, law vs. gospel debates, the NPP, Paul within Judaism, eschatology, and Jewish-Christian relations.

This book by Don Hagner, based on lectures delivered in the Philippines, tackles this very topic of continuity and discontinuity between Judaism and Christianity. He takes his cue from Matt 13:52, ‘He said to them, “Therefore every teacher of the law who has become a disciple in the kingdom of heaven is like the owner of a house who brings out of his storeroom new treasures as well as old.”‘ While Hagner affirms continuity, he believes emphasis falls on the discontinuity. As such, he complains about the “tortuous exegesis” of the Paul-within-Judaism school and complains about “simplistic dichotomies” of either Paul affirmed Judaism or Paul opposed Judaism. He prefers to see Christianity as “fulfilled Judaism.” He says “Christianity is not other than Judaism: it is the fulfillment of Judaism” (20).

I think Hagner is right on the money where he says that: “Within the NT itself, as we shall see, we already find abundant evidence of the disagreement and enmity caused by the discontinuity with Judaism that is intrinsic to the unique affirmations of the early church. This began very early. As real and painful as this theological disagreement was, it makes little sense to characterize it as ‘anti-Judaism’ – a word that, although not without an element of truth, is simply not the most appropriate description, given the substantial continuity between Christianity and Judaism” (13).

In many ways, Hagner is simply expositing the feature of newness in the New Testament, for him, that newness is based on the notion of fulfillment, both in Jesus and the church. He concludes: “The fulfillment articulated in the NT involves a newness that cannot fairly be represented as simply the convictions of a sect within Judaism. In the last analysis, the word ‘new’ in the title ‘the New Testament’ must be given its full weight” (179).

The book is brief, there are a few texts, issues, and conversation partners missing, but overall, this is a good starting point for outlining continuity and discontinuity between Judaism and Christianity. 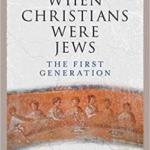 February 14, 2019
Larry Hurtado Reviews Paula Fredriksen on When Christians Were Jews
Next Post 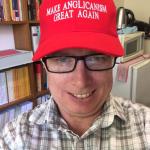