Paul and Scripture as “for us”

I’ve been reading over Paul’s letters lately and I’ve been struck by his repeated reference that these things in the Old Testament were written “for us”.

1 Corinthians 9.10: “Surely he says this for us, doesn’t he? Yes, this was written for us, because when the plowman plows and the thresher threshes, they ought to do so in the hope of sharing in the harvest.”

Romans 4.23-24: “The words ‘it was credited to him’ were written not for him alone, but also for us, to whom God will credit righteousness– for us who believe in him who raised Jesus our Lord from the dead.”

Romans 15.4: “For everything that was written in the past was written to teach us, so that through endurance and the encouragement of the Scriptures we might have hope.”

The sense here is that Scripture was written for our benefit, instruction, and edification. But a few questions emerge:

Is Paul saying that Scripture was written with Christians in mind? The phrase “for us” could mean (a) “for our benefit and use” or it could mean (b) “for us who would interpret this properly and realize that it pertains to them”.

On the one hand, Paul clearly reads his Scriptures redemptive-historically (i.e. as part of an unfolding story) hence his repudiation in Romans 4 and Genesis 3-4 of the view that Abraham was a law-observant Jew which some Jewish interpreters held to. At the same time,  his approach to Scripture is eschatological in the sense that he regards the new covenant community as the object of reference on occasions and even as the interpretive arbiter of the proper meaning of the Jewish Scriptures themselves.

So many issues here about hermeneutics, canonical interpretation, and even Jewish-Christian dialogue! 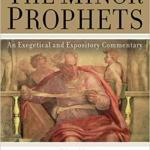 February 4, 2019
Thomas Edward McComiskey on the Minor Prophets
Next Post 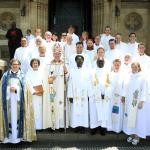 February 9, 2019 Why Be Anglican? My Story
Recent Comments
0 | Leave a Comment
Browse Our Archives
get the latest from
Euangelion
Sign up for our newsletter
POPULAR AT PATHEOS Evangelical
1

Evangelical
The Book of Revelation: A Biography
Euangelion

Evangelical
Micah in the THOTC
Euangelion 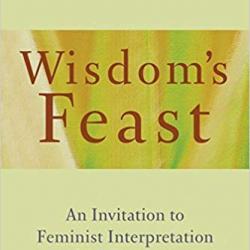