Why Be Anglican? My Story

In the course of my church life I’ve moved from Baptist, to Presbyterian, to Anglican. People often ask me “Why?”

First, I came to faith through a wonderful Baptist Church in western Sydney in the mid-90s, a new church, with an energetic ministry, and who shared the gospel of Christ and the love of Christ with me. I was well discipled, nurtured, I attended several Baptist churches with godly ministers and ministries, and I even graduated from a Baptist seminary. I’m happy that God put these people, churches, and institutions in my life and I’m all the better for it. Also, I have a deep appreciation for the Baptist tradition, it is the church of believers and for believers, big emphasis on conversion, preaching, and the priesthood of all believers. Biggest drawbacks were a big lack catholicity (as if everything before Luther was pure darkness and even Luther was a confused Christian), a fixation on fads (church growth, sensitive seeking something, homogenous churches, church health, inductive preaching, narrative preaching, missional churches, etc), and a view of the Lord’s Supper that is so impoverished that it could qualify for theological food stamps.

Second, because I was theologically Reformed (well, Dortian at least, I loved my five solas and five-point Calvinism), Presbyterianism was a natural home, especially in Scotland where the evangelical scene pretty much is Presbyterianism of only two different flavours. It’s great, God’s sovereignty, solid confession of faith, some great churches and good people (esp. around Inverness and Dingwall), often with a high view of the sacraments, and there are some great Presbyterian colleges and seminaries. One particular Pressy church in Brisbane will always feel like a second home for me and the family. But again, a general lack of catholicity (though not as deficient as the Baptists in this), many churches are orthodox but spiritually dour, and it really isn’t a safe space to hang out if one of your friends and colleagues is N.T. Wright (oh, the emails I have received!). Presbyterians take Protestantism seriously, its robustly confessional, they value theology, but sadly it was never going to last in the long term.

Third, then I became Anglican. Here’s why. First, I read in F.F. Bruce’s biography that he kept two books on his desk, a Greek New Testament and the Book of Common Prayer (even though he was life-long Bretheren). Well, it worked for him, so I started reading the BCP (a 1927 version), and it had me hooked, Bible readings, prayers, a liturgical calendar, I felt spiritually nourished by it. Second, I had to admit that being Anglican was also the best platform – certainly in Australia – to be Reformed and Evangelical. Third, as my interests became concurrently Reformed (in the sense recovering the apostolic gospel) and broadly Catholic (in the sense of recovering patristic sources for our theology) Anglicanism was the place to be since Anglicanism allows one to be both Protestant and Catholic. Or, as John Dickson puts it, Evangelicalism Anglicanism – high view of church and sacraments with passionate gospel preaching – is what the Roman Catholic Church would have looked like if it embraced the Reformation. Fourth, all the cool kids are doing it, C.S. Lewis, Alister McGrath, J.I. Packer, and N.T. Wright, etc.

So I accepted a position at an Evangelical Anglican college in Melbourne (Ridley), I was accepted into the Anglican Church, and ordained as an Anglican priest (because I have the priestly calling of proclaiming the gospel as Paul says in Rom 15:16). Its the church I love and it is where I love the church.

Now of course, not everything in the Anglican Church is perfect. There is the whole Henry VIII-needs-a-fertile-wife thing, though I like to think Thomas Cranmer used the king’s problem as the opportunity to indigenize the Reformation in England. The worldwide Anglican communion is fragile and fractitious, I don’t get along with some progressive Anglicans and even some conservative Anglicans are not all that fond of me either. The GAFCON movement represents a real challenge to existing structures to ensure the discipline and orthodoxy of the Anglican communion and it elicits a range of responses (mine are positive with a few questions). Many in the western church are positively petrified of the global south Anglican churches ever holding power, influence, or control over the instruments of unity (so colonialism is alive and well).

Furthermore, our liturgies are Trinitarian, rich, ornate, biblical, and beautiful. Before you trash the idea of bishops, remember, your multi-site church structure is a defacto diocese. Anglicanism is not a via media between Catholicism and Protestantism, it is more properly a via media between Wittenberg and Geneva. The 39 Articles are pretty robust without being confessionally claustrophobic. Anglicanism is broad enough that it can accommodate Reformed, charismatic, and Catholic flavours.

In sum, I love Anglicanism, the prayer book, the Diocese of Melbourne, and Ridley College. 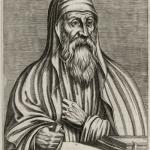 February 10, 2019 Origen on Scripture
Recent Comments
0 | Leave a Comment
Browse Our Archives
get the latest from
Euangelion
Sign up for our newsletter
POPULAR AT PATHEOS Evangelical
1

Progressive Christians are More Political than...
Cranach
Books by This Author Books by Mike Bird