The Case for Episcopal Government

The Episcopalian form of church governance centres on the bishop as the fulcrum of faith, order, and ministry.[1] This form of church government is practiced by the Roman Catholic, Anglican, Orthodox, and Lutheran churches (in some Methodist churches too, but the bishop is not considered above the clergy and functions more like a superintendent). The diocese is the basic unit with a single bishop overseeing a number of priests and parishes. The bishop is distinct from and above the priests and deacons, who serve in an individual congregation. A bishop can be subservient to an archbishop in charge of a large diocese. A bishop can also have a suffragan or assistant bishop in a larger diocese. Bishops are either appointed by Rome (Catholicism), or elected by a synod or standing committee (Anglicanism).[2]

Several arguments, biblical and historical, are often used to justify an Episcopalian form of church government.

First, there is the chain of succession from apostles to the bishops who maintained orthodox teaching.[3] The apostles are regarded as special authorities, who appointed bishops/overseers/elders in local congregations to succeed them in apostolic ministry. A chain of succession – leading to the formation of a historical episcopate – is alleged from Christ’s appointment of the apostles (Mark 3:14–16; 1 Tim 2:7; 2 Tim 1:11), to the apostles’s appointment of certain persons to overseeing ministries (Acts 14:23; 2 Tim 1:6; 1 Clem. 42.1-3; 44.1-2), and these apostolary ordinands themselves appointing others to positions of leadership (1 Tim 5:22; Tit 1:5; Heb 6:2). This is why bishops/overseers have such a prominent role in the early church (see Acts 20:28; Phil 1:1; 1 Tim 3:1; Tit 1:7).

Second, Peter and James are thought to be among the first bishops of their respective jurisdictions.

Catholic and Anglo-Catholic theologians argue for the establishment of an apostolic “college” in Jesus’s appointment of the twelve (Mark 3:14–16), with Peter appointed by Christ to be leader of this college (Matt 16:17–19), and Peter by tradition is regarded as the founding bishop of Rome, and after Peter’s martyrdom Peter was succeeded by Linus as the bishop.[4] This is considered the roots for the primacy of the bishop of Rome as the successor to Peter and his authority over the entire church. Although Orthodox and Anglican churches respect the bishop of Rome as the “Patriarch of the West,” they reject his authority as vicar of Christ and supreme head of the church.

The leadership of the Jerusalem church appears to have evolved until it reached a point where James became the bishop of Jerusalem. The Jerusalem church was initially led by a cohort of “apostles and elders” (Acts 15:2, 4, 6, 22–23; 16:4), with the apostles having the priority as former companions of Jesus and witnesses to his resurrection, and deacons were appointed by the apostles to serve the needs of the community (Acts 6:1–6). However, a sole bishop appears to have emerged in Jerusalem after the departure of the apostles. Within the first couple of decades of the Jerusalem church all of the apostles, through either martyrdom or mission, had left Jerusalem. When Paul visited Jerusalem in the late AD 40s, only Peter, John, and James the brother of the Lord were there, functioning as a triumvirate of apostolic authority (Gal 2:9). Soon after, Peter subsequently journeyed to Rome and John went to Ephesus, so that only James was left in Jerusalem. When Paul returned to Jerusalem to deliver the collection in the late 50s, James appears to have been the sole apostolic authority among the elders and was for all intents and purposes functioning as a monarchial bishop (Acts 12:17; 21:18; Josephus, Ant. 20.200). For this reason, James is named as the first bishop of Jerusalem, who was succeeded by Symeon, the second bishop.[5] Hence, the Jerusalem church evolved from an authority consisting of apostles with elders and deacons, to a monoepiscopacy with the bishop acting as first among equals among the elders and possessing a jurisdiction that extended as far as Syria.

Third, Alistair Stewart has presented a cogent account of the origins of episcopacy in the early church in his book on The Original Bishops.[6] He contends that episkopos (overseer/bishop) and presbyteros (elder) are not synonyms but perionyms, i.e., they overlap. Stewart believers that early congregations had a single episkopos, but when the many episkopoi of a city met together, they became a federated council of presbyteroi. In Miletus, Paul instructed the gathered presbyteroi to be episkopoi of their respective churches (Acts 20:17-18, 28). Similarly, Paul’s instructions to Titus in Crete pertains to the appointment of elders in every town, and he then proceeds to discuss the qualification of bishops/overseers (Tit 1:5-9). However, kata polin presbyterous might not be “elders in every town” but “council-of-elders-of-town” (1:5). So Paul was telling Titus to select from among the episkopoi those persons who could serve as a body of presybteroi. The Johannine letters may attest to a division among the Ephesian/Asian presbyteroi between John the Elder and Gaius against Diotrephes (2 John 1, 9; 3 John 1, 9). Later, from among the presbyteroi, a single person was elected as a monoepiskopos and charged largely with administrating the financial resources and relief efforts of the local churches (Ignatius, Pol. 4.1, 3; Hermas, Sim. 9.27.2; M.Pol. 16.2; 23.2).

Fourth, in the early second century, amidst the threat of heresy and the dangers of persecution, there arose a concerted focus on the authority of the bishop as the lynchpin for church unity and gospel integrity. The letters of Ignatius, the bishop of Antioch, underscore the importance that the episcopacy came to have in some quarters.

Interestingly, I do recollect Stephen Holmes (St. Andrews Uni) saying that he had no problem with Ignatius of Antioch as a bishop, since he was really just a pastor over a local church who led them in preaching and communion every week.

The role of the bishop became increasingly elevated as a symbol of unity in the early church. By the late second century, Irenaeus and Hippolytus were clear advocates of episcopal authority, as they saw the single area bishop as the key means of retaining the purity of the gospel and the unity of the church. The bishop was the historic link with the apostles as well as the conveyer and preserver of the apostolic message.

Thus, the historical Episcopate (i.e., apostolic succession) can be defined either as the physical and unbroken succession of bishops in a given diocese, or, perhaps better, as the succession of overseers and ministers in the church across the ages by means of formal ordination and consecration. In this latter sense, a universal succession by ordination, each and every bishop represents a symbolic link between the church of his place, the churches in other places, and the churches of generations gone by. The historical Episcopate is meant to be an embodiment of the gospel in the church as an effectual sign of unity and as providing guardianship to both Word and sacrament.[7] In the Australian Anglican church the ordination of bishops includes this exhortation:

A bishop is called to maintain the Church’s witness to the resurrection of Christ from the dead, to protect the purity of the gospel, and to proclaim Jesus Christ as Lord. As a chief minister and pastor in Christ’s Church, you are to guard its faith, unity and discipline, and promote its mission in the world. You are to ensure that God’s word is faithfully proclaimed, Christ’s sacraments duly administered, and Christ’s discipline applied justly, with mercy. You are to lead and guide the priests and deacons under your care, and be faithful in the choosing and ordaining of ministers. You are to watch over, protect and serve the people of God, to teach and govern them, and to be hospitable. You must, therefore, know and be known by them, and be a good example to all. These are the duties of a bishop, and they are weighty.[8]

[2] In North Africa in the third century, the clergy witnessed to the suitability of a candidate for bishop, the laity accepted or rejected the proposal, and adjacent bishops gave their consent. Burns and Jensen, Christianity in Roman Africa, 376. See too Hippolytus, Apost. Trad.  2.1-3; Apostolic Constitutions 8.4.1-6. 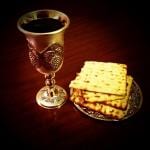 February 22, 2019
Can the Lord's Supper be an Evangelistic Event?
Next Post