This is a terrific little book, you can read it in 1-2 hours, where Barclay gives a brief overview of Paul and his influence.

Barclay describes Paul as “one of the most interesting and unusual characters from the ancient world” and refers to Paul’s “anomalous” attitude to Jewish practices – FYI, inspired by Barclay on this point, I wrote an entire book on Paul as An Anomalous Jew.

When it comes to the Damascus Road, Barclay says: “What happened next was not the resolution of an inner psychological tensions, nor the salving of a guilty conscience, but a revolution in his understanding of the world, of himself, of right and wrong, and of the God he worshipped.” This proved to Paul, so Barclay says, that if someone who had been so wrong could be put right, then “God’s grace was not given on the basis of human worth. That was an unnerving discovery, since it was normally (and understandably) imagined that God’s best gifts were differentially distributed according to the worth of the recipients. But if God’s favour was given without respect for worth it was no limited, Paul came to see, by any ethnic criteria.” And “Paul’s own experience and the experience of his Gentile converts was that God paid no regard to human systems of social, moral or ethnic worth, and this alarmingly unexpected behaviour by God, demonstrated in Christ, shaped all Paul’s convictions about history. He traced in the story of Abraham and in the story of Israel (Romans 4; 9-11) a pattern of unconditioned mercy that came to its climactic expression in Christ.”

Barclay thinks that Paul “gave to the early Christian movement a clear Jewish (i.e. scriptural) rationale for its spread into the non-Jewish world, and for its mission among non-Jews on terms that integrated them as full members of God’s people (‘children of Abraham’) without requiring them to live like Jews.” Indeed: “Without Paul’s energy and influence, the Jesus movement might have remained only a controversial and ultimately unsuccessful sect within Judaism, unable to communicate or to recruit in the non-Jewish world. Or it could have become a worldwide Jesus cult wholly alienated from its Jewish heritage. The creative thought and the restless action of Paul ensured that the mainstream Christian movement took neither of these routes.”

Barclay’s chapter on “Paul and the Jewish tradition” is a highlight of the book, noting that “the Scriptures were more than a fund of vocabulary and a source of handy citations; their larger narrative structures and their deep theological thematics provided the framework in which Paul thought.”

Barclay is also post-NPP since he hints that Paul was not merely attacking the ethnic privilege or nationalistic righteousness of the Jews, but relativizing the traditional Jewish categories of worth based on the recalibration of values brought about by the Christ-event.

Barclay makes a good point (which I’ve similarly heard from Marinus de Jong, God’s Final Envoy, 130-31): “Paul could not understand the life, death and resurrection of Jesus without seeing there the agency of God; but neither could he now understand God except in the light of what had happened in Christ.”

Barclay takes a soft view on the counter-imperial Paul: “In any case, the challenge of the Christian movement to Roman religion, and its resistance to the visual propaganda and civic ritual that reinforces Roman rule, was ultimately to subvert, at a deep level, the whole edifice of Roman civilization.”

A climax of the book is Barclay’s point that it is impossible to repeat Paul, interpretation is not repetition, it is a conversation and appropriation of Paul for today. There is no single meaning of Paul, but rather an endless range of semantic potential for how Paul speaks to us today. Barclay sounds remarkably like Dale Martin when says that texts do not simply speak, rather, texts are given voice and influence by human interpreters who inevitably “select, prioritize and construe them according to their own social locations and their cultural or political agendas”. Paul creates an ambiguity for the creative work of the interpreter and the challenge is to make “responsible sense of them in our own contemporary context.”  Of course, Barclay adds too that Paul might disappoint those who want to find their radical social vision authorized by Paul at least if they are allergic to anachronism. Alas, Paul did not treat slavery as an intrinsic evil, even if he sought to destabilize social hierarchies, and to free others for service to Christ.

Otherwise, while I might contest some of his take on Pauline chronology, and which letters of Paul are authentic, I’d be inclined to see this as the best short introduction to Paul that is around.

March 23, 2019
Simon Gathercole's Lecture on the Gospel of Peter
Next Post 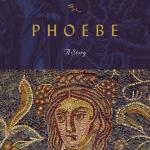 March 29, 2019 Phoebe: A Story
Recent Comments
0 | Leave a Comment
Browse Our Archives
get the latest from
Euangelion
Sign up for our newsletter
POPULAR AT PATHEOS Evangelical
1