David A. deSilva
The Letter to the Galatians
NICNT; Grand Rapids, MI: Eerdmans, 2018.
Available at Amazon.com.

I’ve finally been able to read over David A. deSilva’s long-awaited Galatians commentary in the NICNT series and it is definitely one to put on your shelf. The commentary is characterized by deSilva’s eye for exegetical details, historical investigation, interest in background, and awareness of socio-cultural factors.

According to deSilva, Paul’s opponents, “sought to preserve the integrity of the covenant and to set the work of Jesus the Messiah within the context of this covenant, which was spelled out in the law of Moses. Jesus was indeed still the one who brought light to the gentiles, initiating the gathering in of the nations at the end of this age, but Jesus and his agents would accomplish this work by bringing the gentiles fully into the Jewish people through circumcising them and getting them to take upon themselves the ‘yoke of Torah,’ at least to a certain extent” (12). The intruders may have tried to avoid persecution by urging Gentiles to be circumcised but they just as well may have believed in the enduring authority of the Torah itself.

DeSilva favours the south Galatian setting, he thinks “Almost no one in Pisidian Antioch or Lystra living at the time of Paul’s missionary work would have had a parent who would have remembered not being a part of the Galatian kingdom of Deiotarus … or the Roman province of Galatia” (30) and believes that Galatians 2:1-10 = Acts 11:27-30.

I also agree with deSilva that the Jerusalem agreement, whatever it corresponds to in Acts, “does not appear to have envisioned a congregation of Jewish and gentile Christians mingling – and eating – together” (57).

Also, deSilva finds rhetorical handbooks useful to illuminate Galatians, not at the level of arrangement, but more to do with levels of invention and style (63 n. 143). In fact, the entire discussion on Paul and rhetoric is remarkably balanced in its judgments.

I think deSilva is right that in Antioch that Christian Jews were probably not engaged in over flouting of Torah’s dietary laws. The objection of some zealous Jews to such meals was not the food but the company it was consumed in.

On Gal 2:15-17, deSilva comments: “The fact that Paul, Peter, Barnabas, and James, and every other Jewish Christ-follower who became a Christ-follower in the first place is evidence that they did not consider aligning themselves with the Torah to be a sufficient path to acquittal before God’s judgment seat. The fact that they relied on Jesus and what Jesus provided in order to attain that end further suggests, as Paul will seek to demonstrate in the proofs that follow, that aligning oneself with the Torah is also not a prerequisite for attaining that end” (213).

He considers “works of the law” not to be Jewish boundary markers, but the Torah as a whole, an indivisibility unity, even if socially prominent regulations of Torah did stand out. According to deSilva, “The principal problem with the Torah was that its term had expired and that what was its strength prior to Christ was now its greatest flaw – the maintenance of the boundary between Jew and gentile on the pretense that the former retained ‘favoured nation’ status before God”  (229).

On the pistis christou question, deSilva has a good excursus where he opts for the objective genitive reading.

Good comment by deSilva: “Taken as a whole, Gal 2:15-21 demonstrates the fallacy of choosing either ‘justification by faith’  or ‘participation in Christ’ as the center of Paul’s theology. The two represent facets of a single center” (259).

There is also a fine excursus on grace in light of Greco-Roman backgrounds of patron-client relationships, but it does not engage with John Barclay.

Finally, deSilva thinks the “Israel of God” is a designation for entire Christian movement because such a designation distinguishes this group from Israel according to the flesh; Paul has been arguing that Christians are the true heirs of the Abrahamic promises and thus heirs in/with Israel; and most all, after demonstrating the equality and unity of Jewish and gentile Christ-believers, Paul is unlikely to reinforce any division between Jews and gentiles in the church (513).

In sum, this is clearly one of the best Galatian commentaries out in recent years, the excursuses alone make the book invaluable, the exegesis is solid, the commentary is judicious and genuinely insightful, and deSilva plots a wise course on so many disputed issues and offers great insights into the letter. In short, it is a must have book! 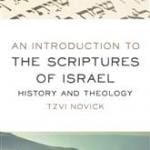 June 10, 2019
Introduction to the Scriptures of Israel
Next Post 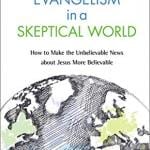 June 16, 2019 Evangelism in a Skeptical World
Recent Comments
0 | Leave a Comment
"Very good and helpful article, succinctly sums up the core ideas of biblicism. Contrary to ..."
Alin Christoph Cucu What is Biblicism?
"I am sorry, but a theologian with Dr. Richter's reputation, training, and influence should not ..."
Chris Arch Sandra Richter Responds to John Piper
"Protestants are great about denouncing the "infallible" pronouncements of Catholic popes...except when it comes to ..."
Gary M The Case for the Dynamic View ..."
"The Koran and The Book of Mormon have more evidence supporting their divine inspiration than ..."
Gary M Plenary Verbal Inspiration and its Problems
Browse Our Archives
get the latest updates from
Euangelion
and the Patheos
Evangelical
Channel
POPULAR AT PATHEOS Evangelical
1