Introduction to the Scriptures of Israel

Introduction to the Scriptures of Israel June 10, 2019 Michael F. Bird

Tzvi Novick
An Introduction to the Scriptures of Israel: History and Theology
(Grand Rapids, MI: Eerdmans, 2018).
Available at Eerdmans.

An Introduction to the Scriptures of Israel offers a fresh way in to the Hebrew Bible as a work of literature and theology. An introduction to the study of the Hebrew Bible must compete against a long and complex history of critical study. Novick artfully navigates through issues of historicity, text criticism and reception to sketch a compelling picture of what is so precious about this ancient text that it still inspires appreciation and devotion today.

The book was originally developed as a teaching tool for the introductory theology subjects that all Notre Dame undergraduates are required to take, regardless of their chosen discipline. As such it is aimed at an intelligent non-specialist audience, with a distinct liberal arts course flavour. There are no footnotes, but each chapter has a basic bibliography, suggested primary text readings, and some questions for further reflection. The focus is on the Hebrew Bible, but a thoughtful reference is made to later Christian as well as Jewish reception of the texts.

I found the first interesting thing about the book its table of contents, and the path it plots into the subject matter. An introductory chapter begins with a speech by Rev Martin Luther King Jr and a passage from Justin Martyr’s Dialogue with Trypho in order to set up the tension between the themes of universality and of particularity raised by the study of the Bible, before moving on to a brief orientation to the issues raised by differently scholarly approaches to the Bible. The next 15 chapters (there is no conclusion) take different themes as their foci, beginning with the Wisdom tradition (chapter 1, “Religion without Revelation”), and ending with the Apocalyptic literature of Daniel and the Dead Sea Scrolls (chapter 15) and a depiction of the prayer life of Israel in the Psalms (the final episode, chapter 16). So, appropriately for a general theology tasting plate designed to complement studies in more worldly disciplines, wisdom literature provides the bookends for everything in between.

Chapters 3 to 8 follow the broad narrative arc of the biblical histories but with a creative thread to each: the Patriarchal Narratives are joined with the Song of Songs (chapter 3); the Joseph story introduces the art of biblical narrative (chapter 4); then the Exodus, Sinai and Monarchy (chapters 5, 6, and 7) prepare us for the condemnation of Israel and sparing of the nations in Amos and Jonah (chapter 8).

We then head back to Eden, Babel and the Flood and ponder the intertextuality of Gilgamesh (chapters 9 and 10), before visiting exilic and post-exilic community (chapter 11), taking a moment to consider the relationship of Temple and Torah in the deuteronomistic strand of biblical literature. The tricky issues of violence, nationalism and gender are explored through chapters on Joshua and Judges (chapter 13) and Esther, Ruth, Ezra and Nehemiah (chapter 14).

One of the tensions in teaching introductory Old Testament is the balance between presenting material which is engaging, original, foundational and true. Too little that is engaging or original and there’s no point buying the book; too much and students will not be able to distinguish settled consensus from someone flying a kite. Too little time on foundational matters of source criticism and historicity and students are ill prepared for later specialised study of the Old Testament; too much and students disenroll as fast as you can say “Film Studies is running a course on Practical Interview Skills for Getting an Internship while Surviving the Postcolonial Zombie Apocalypse (Study Tour, pass/fail)”.

No textbook can do everything, and at just under 200 pages this one doesn’t try to be a comprehensive introduction to the field (for that there are multi-volume standard works to suit every theological persuasion). The balance of content is thus confidently calibrated towards the goal of engaging generalist students with the relevance of the Hebrew Bible. I don’t think absolutely everything the book confidently asserts is true, but at least it isn’t boring.

There is much to commend this book. I appreciate its appreciation for the Hebrew Bible as literature. I appreciate the way it finds elegant threads through the potentially overwhelming mass of details. For liberal arts students who need to dip their toes in for a semester and are unlikely to go on to need to know both sides of every scholarly debate, this could be an enjoyable text which (most important of all) gets them reading the Bible. 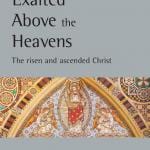 June 9, 2019
Exalted Above the Heavens: The Risen and Ascended Christ
Next Post 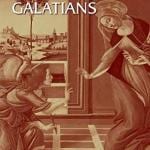 June 13, 2019 David deSilva on Galatians
Recent Comments
0 | Leave a Comment
Browse Our Archives
get the latest updates from
Euangelion
and the Patheos
Evangelical
Channel
POPULAR AT PATHEOS Evangelical
1

Challenge to Trump from the Right?
Cranach
Books by This Author Books by Mike Bird