Why Were the Gospels Written?

Patheos Explore the world's faith through different perspectives on religion and spirituality! Patheos has the views of the prevalent religions and spiritualities of the world.
Despite all the kafuffle as to why the Gospels were written (ranging from debates in a Matthean community, synagogue expulsions, identity formation, counter the rise of Gnosticism, etc.), I still think one of the best reasons calling for the Gospels to be written is to tell the story of Jesus for a generation who did not know any eyewitnesses or have access to first-hand accounts of the Jesus tradition. As Bob Gundry writes:

“Why were the Gospels written? A high estimate of historical authenticity deriving from the literary distinctives of the Gospels leads to a further, old answer. The spread of the church far from its place of origin and the dying off of Jesus’ original disciples created a felt need for records. Since Christians had not divorced theology from history, those records turned out to be both theological and historical. Theological concerns for the present prompted redactional activity and resulted in differences among the Gospels. Historical concerns for the past checked fantasizing and resulted in commonalities among the Gospels.” (Robert H. Gundry, “The Symbiosis of Theology and Genre Criticism of the Canonical Gospels,” in The Old is Better: New Testament Essays in Support of Tradition Interpretations [WUNT 178; Tübingen: Mohr {Siebeck}, 2005], 39).

Note also the words of Bauckham: 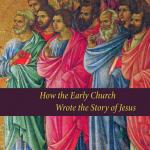 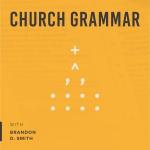