Why Be Anglican, Why Get Ordained?

Why be Anglican and why be ordained? These are the questions that Mike asked me to write on half-yelling across the courtyard at Ridley in a way that only Mike can. They’re good questions, especially when there are so many options out there; but the more that I have spent time being formed in the Anglican Church & the Church of England, the more that I am sure that it is the place that God wants me, and it’s a great place of balance within the many different denominations of the global church.

My journey into the Anglican church, came in a roundabout way: I grew up in a Baptist minister’s family, although it seems my version of Baptist looks quite different to many others: my dad was a Marxist before he was a Christian, my mum was raised in a traditional Baptist family trying to break out of that, and my family is fairly left-leaning on most points. So when I moved to Melbourne at the age of 19, of course I first made my way to a Pentecostal church because I was looking for somewhere with young people and good music, but quickly realised that the teaching was leaving something to be desired. Being a ‘good Sydney Baptist’, the Anglican church was not really on my radar, though a few years later I found myself inadvertently attending a very low Anglican church in Melbourne’s Docklands.

When I eventually began studying at Ridley College, the first time I sat through a Prayer Book chapel service, I thought to myself, ‘what is this? It’s so dry, why do people use this still?’ As I sat through more chapel services – we have chapel every day – the more that I realised that it’s not the words that are dry, but rather the way in which it is often delivered. (Side note: why do people often sound so bored when reading passages of Scripture?) We Anglicans have a lot to thank all involved in the creation of the Prayer Book over the years for the way that they brought different pieces of the scriptures together to form the liturgy of our denomination.

So, why be Anglican, and why train towards ordination?

For me, there are three key reasons why the Anglican church is the place where I’ve landed: tradition, diversity, and structure.

Tradition: yes I work at an Anglican Church that doesn’t do communion every week at every service, and I’m almost as low as you can go when it comes to the Anglican church, but the tradition that surrounds all that we do is appealing to me. This is not just some guy had an idea or a word from God and branched out, this is a place that is surrounded in a cloud of witnesses, from the early Catholic church, through to the Reformers and grounded in the work of people like Cranmer, Ridley and Latimer. I love the traditions of the church, even though I don’t always readily participate in them.

Diversity: the Anglican church is broad. At Ridley, I sit in classrooms with a range of different viewpoints and theologies, and though we may disagree on some things, we are all Anglicans. Within the wider Anglican church, there are those that agree and disagree on key issues, but we can gather together at ordination services and Synod and recognise that we all sit under the leadership of Jesus (and I guess, the Archbishop as well). No matter where you stand, there is a place for you, from Reformed to Charismatic, from Anglo-Catholic to Evangelical, there is a wide diversity in theology, but also in ethnicity, and I think that diversity encourages you to think beyond yourself to consider the ways that God moves in different systems and groups of people.

Structure: this is not to say that the structure of the Anglican church is perfect, like most things in this world, it is far from it, but the means of accountability is something that I think is important in ministry. Having grown up in the Baptist Church where the members of the church have the final say on most things via a vote, I know that this can end badly for those in leadership. I like the structure of having Area Deans and Archdeacons and Bishops there to support me as I step into a leadership role, and I like that it doesn’t just protect me, but also those that I will lead.

Why be ordained though? Especially as a female, life would be much easier for me to choose not to. On the diversity scale, I sit in the charismatic and evangelical camps, and to be honest, the only reason that I’m seeking ordination is because I believe God wants me to. Ordination provides me with the assurance that it’s not just me that has tested God’s call on my leadership in the church, but I’ve been tested by other leaders who have been appointed to examine me and prepare me. I’m excited for the opportunities that it will bring, the doors that it will open, and the joy that I will have in presiding over communion, joining people in marriage and baptising people into the body of Christ. 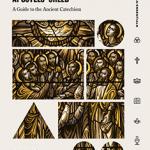 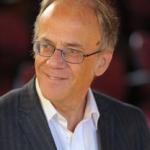 July 15, 2019 Interview with Richard Bauckham on Christology, Revelation, and City of Magdala
Recent Comments
0 | Leave a Comment
"This is a false accusation. Here's an article written by Phil Johnson in which he ..."
Rodrigo Avila Do We Need a Code of ..."
"I'll still laugh and point at the majority of you, but > Xtianity: It is ..."
Steven Watson Before I Went to Seminary I ..."
"dia pistis Iēsous Christ I suspect the ambiguity, both here and in other places, is ..."
Steven Watson Rom 3:21-26 – Translates, Paraphrase, Notes
"Second Temple Judaism spoke of YHWH being two "prescences". After Christianity the rabbis declared this ..."
the old scribe Philo, the Two Powers within Israel’s ..."
Browse Our Archives
get the latest updates from
Euangelion
and the Patheos
Evangelical
Channel
POPULAR AT PATHEOS Evangelical
1