Interpreting the Book of Proverbs

Ryan O’Dowd is Chesterton House Senior Fellow at Cornell University and has taught courses in biblical and religious studies at Briercrest College, Redeemer University College, and the Paideia Centre for Public Theology. O’Dowd brings his pastoral experience as an Anglican priest who is the minister of Bread of Life church, and his military experience in the air force, where he holds the rank of Lieutenant Colonel at McGuire Air Force Base, NJ. With Craig G. Bartholomew, he is the author of Old Testament Wisdom Literature: A Theological Introduction (2011).

O’Dowd opens his commentary by comparing proverbs to seaside stones which are often taken home from a holiday and enjoyed out of their original setting. However, much is to be gained by looking at biblical proverbs within their literary setting. The Hebrew proverbs are often brief and enigmatic such as ‘stone and stone; measure and measure’ (Prov. 20.10). In English translations, interpretation is often added, seemingly to make the proverb easier to understand (this has also occurred in the Old Greek translation of Proverbs, in the Septuagint). However, the proverbs are not actually designed to provide a quick answer to every situation, but to invite us to ponder on the meaning as it relates to different life contexts. In his commentary, O’Dowd aims to restore “the work of puzzling through the saying in its language and its meaning––to allow the proverb to work as wisdom in order to yield wisdom (1.6).” The context of a saying within the Book of Proverbs invites reflection. As almost a quarter of the sayings in the book of Proverbs are found in more than one place in the book, the reader is invited to consider sayings from different angles.

Macrostructures such as Proverbs 1–9 and 30–31 are generally agreed to provide a lens for viewing the individual proverbs in the centre of the book. However, the extent of structure within Proverbs 10–29 is debated, with some scholars seeing small clusters and macrostructures, while others disagree. O’Dowd recognises some groupings, whether or not these were clearly intended by the original author.

The Story of God Bible Commentary has a “story-centric” approach which locates the biblical text within the whole sweep of the biblical narrative. The series firstly examines the text in its original context, but also looks at each text from a New Testament perspective and considers how to “live the story.” The Book of Proverbs invites us to see the big picture of God’s design for creation before turning to specific issues. Wisdom in the New Testament is found in Jesus’ personal wisdom, his teaching and deeds. Christ is the Wisdom of God, and Christians are urged to live wisely. O’Dowd lists over 90 topics which he considers in the commentary, including prosperity, despair, sex, business, economics, community and family, desire, shame, animal rights, alcohol, fitting speech, power, prayer, and craftsmanship.

This commentary is a handy size with an attractive layout. It deals with recent scholarship and contemporary culture in an accessible way, and will be useful for preaching preparation, private and family devotions, and small groups.

Jill Firth is a Lecturer in Hebrew and Old Testament at Ridley College in Melbourne and holds a PhD in Psalms studies. 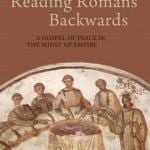 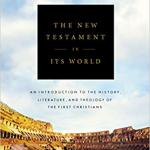 August 30, 2019 The Gospel of John as a Jesus Book
Recent Comments
0 | Leave a Comment
Browse Our Archives
get the latest from
Euangelion
Sign up for our newsletter
POPULAR AT PATHEOS Evangelical
1