Mondays with Moo and McKnight on Romans 3:21-31

This week I’m reading and lecturing on Rom 3:21-31 with Moo’s second edition of Romans and McKnight’s Reading Romans Backwards.

Moo takes this section to be principally about the availability of God’s righteousness to all who respond in faith (p. 237) – hard to disagree with. He thinks Paul is probably dependent upon Jewish Christian tradition but not necessarily citing a traditional formulation (p. 240). Moo takes “but now” as temporal, indicating that a new era of redemptive history has begun (p. 241). He takes pistis christou in the objective sense of “faith in Christ”: “What we think is the decisive point is the comparison between the noun plus genitive construction that we find here and the constructions using the cognate verb: for in the case of the verb, all uncertainty disappears: nouns are always clearly subjects of objections. In the case of ‘faith’ language in Paul, then, the situation is pretty clear: Paul often makes believers the subject of the verb ‘believe’ (pisteuo), but he never clearly makes Christ the subject of the verb” (p. 245). Moo correctly sees justification in v. 24 as eschatological: the “ultimate verdict regarding a persons’ standing with God is brought back into our present reality” (p. 248). Further: “God’s love and wrath meet in the atonement, and neither can be denied or compromised if the full meaning of that event is to be properly appreciated” (p. 251). Moo generally accepts that hilasterion refers to”mercy seat” but as to how atonement works, he prefers the idea of propitiation and expiation (p. 256): “Christ, Paul implies, now has the place that the ‘mercy seat’ had in the Old Covenant: the center and focal point of God’s provision of atonement for his people” (p. 257). On justification, Moo says: “First, justification in Paul is forensic. While transformation of life must and inevitably does follow forensic justification, the former is not part of the latter. Second, justification is about our relationship with God, not with other human beings. Again, justification must result in renewed relationships with others and bear fruit in the removal of enmity among races, nations, socioeconomic groups, and so on. But Paul’s justification teaching is about the removal of the more important and fundamental enmity: between sinful humans and a just and holy God” (pp. 263-64). I’d contest this. I think the relationship between believing Jews and Christians is very much part of what justificatio is about and not merely its corollary or wider implication. Similarly, I can’t go along with Moo in insisting in vv. 27-31 that “The root issue here, then, is not salvation-historical, but anthropological. It is not only Jewish pride in a covenant relationship with God, but pride in accomplishments, the tendency to think that their obedience to the law constituted some kind of claim on God, that Paul rejects.” I don’t think Jewish pride and performance here can be separated.

McKnight rightly warns that “The interpretation of a paragraph can overwhelm its original function” (p. 129; concerning Rom 3:21-26). McKnight treats this section in light of the “weak” vs “strong” dichotomy that Paul builds on later in the later. “This passage destroys the ‘privilege’ of both: the Weak are sinners, and the strong are sinners; both need redemption; that redemption will not come from Torah observance, and status in the church does not come by way of Torah observance or Torah non-observance; and it does come from God’s gift – Christ on the cross-, who secures atonement for all who believe, Jew or Greek” (p. 121). And “King Jesus is the agent of righteousness and making things right in the world, and he makes things right by death and resurrection (4:25) (p. 122). McKnight is more redemptive-historical and christological than Moo: “The faithful covenant God is demonstrated faithful in the covenant faithfulness of Jesus” (p. 123). Unlike Moo, McKnight sees Paul in vv. 27-31 returning back to the topic of Jewish ethnicity and privileges. And, a good segue to Romans 4: “For Paul, the story of Israel’s fulfilment in Christ turns everything inside out” (p. 129). 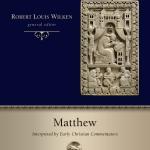 August 25, 2019
The Gospel of Matthew in Church History
Next Post 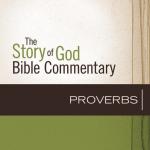 August 28, 2019 Interpreting the Book of Proverbs
Recent Comments
0 | Leave a Comment
Browse Our Archives
get the latest from
Euangelion
Sign up for our newsletter
POPULAR AT PATHEOS Evangelical
1