Loving Your Enemies in an Era of Tribal Politics

Arthur C. Brooks (US social scientist) has a book out called  Love Your Enemies: How Decent People Can Save America From the Culture of Contempt which looks like a scintillating read. Here’s the blurb:

America has developed a “culture of contempt.” We increasingly view people who disagree with us not as merely incorrect or misguided, but as worthless. This is warping political discourse, tearing us apart as people, and even wrecking our health. But we can fight back. Drawing on ancient wisdom, cutting-edge behavioral science, and examples from history’s greatest leaders, Arthur Brooks shows how we can bridge national divides and make progress as a society, all while becoming happier and more effective people. Love Your Enemies is a guide to building a better country-but more than that, it is a roadmap to the happiness that comes when we choose to love one another, despite our differences.

You can listen to an interview at Heterodox Academy with Brooks, plus there’s a book review over at Quillette, or else a series of videos that Brooks does, here’s the first one, which is very good:

What is striking, at least to me, is how much religion is infused into Brooks’s account of love for others.

It reminds me of John Inazu’s book Confident Pluralism. 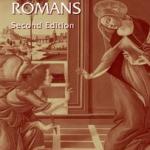 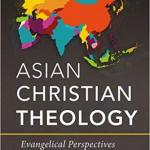 August 2, 2019 Asian Christian Theology
Recent Comments
0 | Leave a Comment
Browse Our Archives
get the latest from
Euangelion
Sign up for our newsletter
POPULAR AT PATHEOS Evangelical
1