Find here the link to an article I wrote for the Christian History Institute about the apostle Paul and friendship.

Paul’s notion of loving friendship was something of a revolution in the ancient world. Philosophers of the late Roman republic like Cicero (106–43 BC) and of the early empire like Seneca (d. 65 AD) wrote much about the nature, benefits, ethics, and goodness of friendship (see “A pure and holy love,” p. 18). Yet this friendship was restricted to people of the same sex, the same social class, and the same ethno-tribal group. Friendship with social inferiors was impossible: they could be slaves, retainers, or clients, but not really friends or intimates. For Cicero, friendship, with its mutual assistance and reciprocal obligations, was a practical element of life within the city-state—the Roman equivalent of having someone who can drive you to the airport because you’d do the same for them. For Seneca friendship was merely a useful means for cultivating personal virtue—the Roman equivalent of being part of a self-help group.

Paul often described people with language that clearly highlights their importance to his apostolic mission and conveys his obvious fondness for them: “coworker,” “brother” or “sister,” “beloved friend,” “partner,” “fellow prisoner,” or even “fellow soldier.” These are people whom Paul said strove beside him in the cause of the gospel, who struggled with him to advance the kingdom of God, and whose names were written in the Book of Life.

Some of Paul’s congregations were high maintenance, a cause for constant angst and anxiety. But Paul’s letter to the Philippians demonstrates a bond of love and joy shared between that church and its apostle—characterized by gospel fellowship, familial affection, and spiritual friendship. 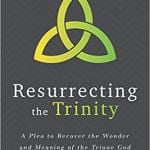 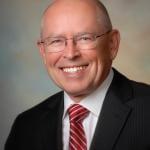