After Christianity Today’s call for the removal of Donald Trump from office a number of evangelical leaders have rushed to Trump’s defense including Franklin Graham and now theologian Wayne Grudem.

Grudem is a well-known theologian in evangelical circles, having written a popular theology textbook, he helped found the Council for Biblical Manhood and Womanhood, and has written helpful books on 1 Peter and spiritual gifts. I once had breakfast with him at Tyndale house about ten years ago where he gave a cracking good lecture on the clarity of Scripture. I saw him walking about at ETS in San Diego, he is looking older, and the effects of Parkinson’s are sadly beginning to take their toll on him (so pray for him!). Grudem’s book Politics According to the Bible is a volume I have little good to say about, while his Systematic Theology can be commended for being biblically robust even while it is historically and hermeneutically deficient. That said, I wrote my own Evangelical Theology largely to be a global and evangelical counter-point to Grudem’s parochial and partisan American conservatism (second edition of EvTh will be out in July!)

In fact, in EvTh I argue as follows:

Grudem’s approach is robustly biblical, which is both its strength and weakness. His method is rooted in Scripture and so exemplifies the application of biblical theology to systematic theology, but it is little more than theology derived from a concordance. There is minimal interaction with perspectives from church history (precisely why Grudem’s Systematic Theology must be read in tandem with its sibling volume Gregg Allison’s Historical Theology to balance out this shortcoming). There is no interaction with nonevangelical theologians like Karl Barth (love him or hate, one cannot ignore Barth’s towering contribution to modern theology). There is no self-reflection on how sociocultural factors have shaped Grudem’s theology, which is quite pronounced in his book Politics according to the Bible where he basically presents God in the image of the Republican Party and not necessarily the best part of that party (which is precisely why Barth would be so useful here, since Barth knew all too well the dangers of using theology to bankroll one’s sociopolitical beliefs). We should all heed the warning of Kevin J. Vanhoozer (“Exegesis and Hermeneutics,” in New Dictionary of Biblical Theology, ed. T. D. Alexander and B. S. Rosner [Downers Grove, IL: InterVarsity Press, 2000], 52): “To attempt biblical theology apart from reflection on hermeneutics and exegesis—the theory and practice of interpretation, respectively—is to risk a potentially idolatrous identification of one’s own doctrine with that of the text.” The “Bible and me” approach to theology is the recipe for a theology that is dangerously naive, without historical depth, entirely lacking hermeneutical self-reflection, devoid of catholicity, open to being press-ganged to justify political agendas of the far left or far right, and missing the theological sophistication that derives from engaging from those in other theological traditions. All new theologians should repeat this mantra: Anyone who knows only the Bible does not really know it. It takes a village, or more properly an entire church body with biblical language tutors, biblical exegetes, church historians, philosophers, liturgists, and cultural critics, to raise a theologian (See Kevin J. Vanhoozer, “Analytics, Poetics, and the Mission of Dogmatic Discourse,” in The Task of Dogmatics: Explorations in Theological Method, ed. O. Crisp and F. Sanders [Grand Rapids: Zondervan, 2017], 46).

I’m no Trump fan as my readers should know, but even I freely admit that Trump has done some good things for the US economy, for industrial and agricultural workers, for religious freedom, given a world class speech about political freedom, made some good judicious appointments, and even efforts to effect the global decriminalization of homosexuality (Grudem lists even more in his article, some I’d accept as good, others I’d baulk at). What is more, the US Dems need to understand why Donald Trump was elected without recourse to Russia, Fox News, and the so-called cancer of heterosexual white males. Alas, the progressive elites are disengaged from and despised by the white rural poor and even the multi-cultural working class. But besides all that, the problem is that Trump plays on xenophobic prejudices whenever he can, his misogyny is well documented even if now visibly inactive, he is pathologically narcissistic, and he operates in a mode of malice and spite that I find simply unimaginable for a US President. He is good to evangelicals because and only because it is to his advantage. Should Trump no longer need evangelicals, should they have nothing to offer him, Trump will ignore them or dispense with them.

Given all that, I’m astounded that Grudem wrote, “My response is that I see nothing wrong with the president doing things that will bring him personal, political benefit.” Sure, seeking political advantage is normal, but never if it is unethical or illegal. No president gets a moral carte blanche or immunity card so that they can engage in whatever deviousness, duplicity, or mendacity that is to their advantage. Even more astounding, Grudem believes that Trump’s good policies derive from his good character: “Such accomplishments are morally good benefits for the nation as a whole, and they have been accomplished by Trump in the face of relentless opposition from Democrats. Far from being ‘morally lost and confused,’ Trump seems to me to have a strong sense of justice and fair play, and he is (I think rightfully) upset that the impeachment process in the House was anything but just and fair.” Grudem repeatedly refers to Jesus’s words about how a good tree produces good fruit.

Now I understand how pro-Trumpers can say, “Hey, he’s no Mother Theresa, but he’s effective, he’s appointed conservatives to SCOTUS, and he’s our bodyguard protecting us against the pathologically Christian hating types in the Democratic party.” I get it, I don’t agree, but I get it. But for Grudem to say in effect that Good Policies = Good Man is morally blindsided and sets a dangerous precedent.

I’ve never liked liberal theology because it produces a God without wrath who brings men and women without sin to a kingdom without judgment thanks to the ministrations of a Christ without a cross [that’s from Niebuhr]. Yet I fear Grudem’s Trumpology because it presents a God with partisan mercy, who expects men and women to ignore their moral compasses, to call the wicked good and the good wicked, in order to keep themselves positioned in the court of earthly power. 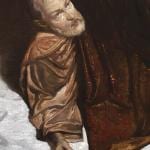 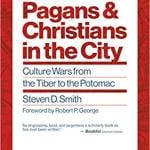