How Theological is New Testament Theology?

William Wrede declared that “New Testament theology has its goal simply in itself, and is totally indifferent to all dogma and systematic theology” and he sneered, “How the systematic theologian gets on with its results and deals with them – that is his own affair.” Wrede wants a “pure” (German: rein) descriptive historical investigation, but this is simply naïve if not outright impossible. The presuppositions of the interpreter are unavoidable and the implications of one’s findings are inescapable.

Let us not forget either that there can be no sidelining of the theological matters because the texts themselves are concerned with theological contents about God and the world, religious devotion, ethics, and church life. Accordingly, a robust biblical theology, conscious of its ecclesial location, will always undertake the initial moves from textual analysis to canonical synthesis and then contribute to the development of a Christian worldview, systematic theology, and applied theology. It is, then, unsatisfactory for a NTT to merely list and describe the beliefs and rituals of the early churches, to plot the origin and evolution of certain beliefs, to map out factional differences, and to highlight endless instances of diversity. In the end, such commentators leave us with nothing more than “historicism or antiquarianism, with its lack of interest in relevance” (Krister Stendahl). Such scholars have laid the foundations for a NTT but refused to be theological at the most crucial moment. For a NTT to be helpfully theological it must ultimately go beyond the descriptive task and reach out for something to say about the theological message of the collection in its entirety. Beyond that, a wise and responsible NTT must deal with the question of God that confronts contemporary audiences! (So N.T. Wright in his COQG series).

I hasten to add that the genius of Wrede’s greatest successor, Rudolf Bultmann, was in Bultmann’s synthesizing of the history of religions approach with the theological quest to discover meaning for human existence. According to Bultmann, true authenticity can only be achieved if one is self-involved with the subject matter of enquiry, in this case New Testament theology, this required the possession of faith. Bultmann certainly believes that NTT is a historical discipline, but for him there is no escaping one’s presuppositions or the need to interpret materials is light of one’s experience. For Bultmann, a responsible interpreter must analyse the text’s subject matter with a view to establishing what it means for existence, authenticity, and self-understanding. The interpreter is not a detached observer and the distance between us and the biblical world, however vast, can be traversed by demythologizing it.

Remember Bultmann was not so much interested in a theology of John and of Paul, thinking their own thoughts after them, but a theology from John and from Paul that speaks to us today. Bultmann dissolves the differences between what the text meant then and what the text means now. I must confess that it was this insight that bequeathed to me a whole new appreciation for Bultmann. Although Bultmann’s dialectic and existential framing of NTT is passé, credit should be given to his effort to make the New Testament relevant to modern questions of faith. We can quite validly follow Bultmann in the sense that NTT is indeed self-involving since it means to enter into and experience a living stream of theology which flowed from Jesus and the reactions to him. Undertaking NTT, as author or reader, means becoming part of “the living tradition of the church whose first concern is fidelity to the revelation attested by the Bible” (Joseph Fitzmyer) and to become part of the “historically effected consciousness” of the New Testament (James Dunn). 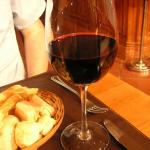 January 15, 2020
What Happens in the Lord's Supper and Why it's a Big Deal
Next Post

January 19, 2020 F. Scott Spencer on the Gospel of Luke
Recent Comments
0 | Leave a Comment
"This is a false accusation. Here's an article written by Phil Johnson in which he ..."
Rodrigo Avila Do We Need a Code of ..."
"I'll still laugh and point at the majority of you, but > Xtianity: It is ..."
Steven Watson Before I Went to Seminary I ..."
"dia pistis Iēsous Christ I suspect the ambiguity, both here and in other places, is ..."
Steven Watson Rom 3:21-26 – Translates, Paraphrase, Notes
"Second Temple Judaism spoke of YHWH being two "prescences". After Christianity the rabbis declared this ..."
the old scribe Philo, the Two Powers within Israel’s ..."
Browse Our Archives
get the latest updates from
Euangelion
and the Patheos
Evangelical
Channel
POPULAR AT PATHEOS Evangelical
1

Vocation vs. Slavery
Cranach
Books by This Author Books by Mike Bird