In Search of Christ in Latin America

Samuel Escobar is one of Latin America’s standout theologians, and he offers us a work that flows out of six decades of Christian life and ministry. This book he traces five centuries of christology as well as its ethics and social impact in Latin America. His main point is that there has been progress towards a more robust and holistic view of Christ in tandem with his mission in the church and world. However, he vividly describes that it has been a very difficult process. Throughout this presentation Escobar draws upon Latin American art, poetry, literature as well as theological works in order to make his points, giving it a distinct atmosphere that will be recognized by people influenced by, or living in Latin America. As someone who grew up in Argentina and worked there as an adult, this book certainly expressed and explained the variety of christologies one would encounter across various Latin American communities.

The early chapters of the book tell the story of arrival and aftermath of the Christ that arrived with the Spanish conquest. The kind of Jesus that arrived with the first conquistadores was mainly presented as a baby or a gory crucified man. Such a Jesus lacked the human life as well as past and present ministries of Christ, the Son of God. These presentations were mostly devoid of the ongoing life of Jesus as a risen prophet, priest and king who rules over a Spirit-empowered kingdom. Somewhat surprisingly, despite his depictions as a baby and man, Jesus was functionally a quasi-docetic figure, divine and distant from people and our human pains. This truncated any sense that Jesus and his Kingdom could make any daily impact in individual and group lives –in fact, such a weak Jesus was co-opted for the darkest of Argentine political purposes; mostly, he was a figure to be pitied.

Such a christology did little to meet human longings for divine help and presence, it is not surprising that many local folk religions persisted in both competition and conversation with Catholicism. Those who approached the Christian God often did so through other mediators such as Mary and the saints. Sadly, superstition rather than faith in Christ tended to be the dominant form of religiosity in the aftermath of the conquistador’s Christ.

In the second phase of the book, Escobar moves to the arrival of Protestant missionaries in late nineteenth century and from there he traces the development and impact of newer christologies. These arrived with Protestant missionaries, as well as the theology of Vatican II, local reflection on Jesus as the Liberator, and also from grassroots Protestant churches. The third part of the book is constructive and proposes ways forward for robust Latin American christologies. This book is recommended for pastors and theology students alike.

Scott Harrower is Lecturer in Theology at Ridley College in Melbourne, Australia. 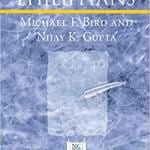 February 14, 2020
Bird and Gupta Commentary on Philippians August 2020
Next Post

February 18, 2020 Mike Bird's Logos Videos on the Identity of Jesus
Recent Comments
0 | Leave a Comment
"Btw, David Brooks has not converted to Christianity as this book claims!"
Bill Burns Telling a Better Story: How to ..."
"I’m a little put off by an introductory philosophy text that, instead of encouraging students ..."
Powerglide We Are All Philosophers – John ..."
"First off, well done book review. I got a very good sense of what it ..."
J. Inglis Man and Women in Christ
"Name's Tim. Not Time. :)"
Tim Perry The Theology of Pope Benedict XVI
Browse Our Archives
get the latest from
Euangelion
Sign up for our newsletter
POPULAR AT PATHEOS Evangelical
1

Evangelical
Should I Interpret the Old Testament like the...
Euangelion
TRENDING AT PATHEOS Evangelical