The Lost World of the Flood

In The Lost World of the Flood, Tremper Longman and John Walton bring their expertise on ancient Near Eastern backgrounds and hermeneutics to bear on a controversial topic of current popular interest. The argument offers 17 propositions, seeking to lead the reader through ‘a logical sequence of the principal points of discussion.’ The ancient Near Eastern background is likened to a ‘cultural river’ which is different from our own. Just as a local person understands geographical and cultural references which are mysterious to a person from another place, we need help to understand the way a text from a distant time and culture is encoded.

One interesting proposition is #4, ‘The Bible Uses Hyperbole to Describe Historical Events.’ In this section, Longman and Walton point to the typical use of hyperbole in the ancient world, and in our own day. In daily life, we might say that our shopping ‘weighs a ton’ (2,000 US pounds), but our auditor will know we are using hyperbole, to describe groceries of perhaps 30 or 40 pounds’ weight. Similarly, in the ancient world, a victor might claim that an enemy was overthrown ‘in the twinkling of an eye’ (Gebel Barkal Stele of Thutmose III), or that a nation was ‘made into non-existence’ (Israel Stele of Mernephtah), or that Israel ‘is wasted, its seed is not’ (Israel Stele of Mernephtah), whereas both we and the ancients know that battles take time, and that there are usually some survivors. Lest we think that Longman and Walton have strayed from a high view of Scripture, they note that the use of hyperbole in the Bible is acknowledged in the Chicago Statement on Biblical Inerrancy (Article 13).

In Proposition #5, the authors apply the idea of hyperbole to the flood narrative, ‘Genesis Appropriately Presents a Hyperbolic Account of the Flood.’ In this section, they note that the biblical dimensions of the ark are very large, and records from the ancient world and the modern world suggest that the ark dimensions (about 450 feet long and 75 feet wide) are larger than any boat recoded in history. Ships in the ancient world were up to 180 feet by 45 feet, and in modern times, the largest recorded ships of 350–450 feet included a 50 feet ram or 120 feet jib boom in their lengths, and were unwieldy.

Proposition #6, ‘Genesis Depicts the Flood as a Global Event,’ rejects the suggestion that the flood is depicted in the text as local, not worldwide, but asserts the lack of geological evidence for a worldwide flood. Longman and Walton claim that ‘the rhetoric related to the flood is universal but that it is actually the impact and significance that is universal rather than the range and scope.’ Proposition #9, ‘A Local Cataclysmic Flood is Intentionally Described as a Global Flood for Rhetorical Purposes and Theological Reasons’ introduces Propositions #10 to #13, where the authors lay out their view of the rhetorical and theological purposes in the context of Genesis 1–11.

Proposition #15, ‘Geology Does Not Support a Worldwide Flood’ is from Stephen O. Moshier (PhD, Louisiana State University) who is professor of geology and chair of the geology and environmental science department at Wheaton College, where he also serves as the director of the Black Hills Science Station. Moshier responds to five key claims of ‘flood geologists’, critiquing their use of evidence to support the occurrence of a worldwide flood.

This book is part of a provocative series of ‘Lost World’ books dealing with Adam and Eve, the Conquest and other controversial topics. The authors do not intend to provide a ‘single “correct” interpretation of the text’, nor to convince all readers, but to bring useful data to the discussion, and to demonstrate how these can apply in a reading of the text. They succeed in these goals. Students and informed readers will value this series for its challenging and informed insights.

Jill Firth lectures in Hebrew and Old Testament at Ridley College in Melbourne. She is writing on Psalms and Jeremiah. 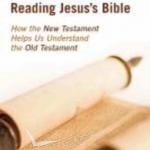 March 13, 2020 Things to Read, Watch, and Listen to if You're Stuck at Home
Recent Comments
0 | Leave a Comment
"Very interesting!"
Roger McKinney Christianity and Greco-Roman Moral Discourse
"I know she says it isn't technically a novel, but I do think Paula Gooder's ..."
Ros Exciting New Novels set in the ..."
"Robinson's writings (as shown here) do seem to be projecting modern Gender Studies narratives onto ..."
Harold Porter A New Look at Paul, Masculinity, ..."
"This should be interesting. I'm still trying to wrap my brain around Cynthia Westfall's book. ..."
NorrinRadd A New Look at Paul, Masculinity, ..."
Browse Our Archives
get the latest from
Euangelion
Sign up for our newsletter
POPULAR AT PATHEOS Evangelical
1