The predominant Protestant view has regarded RG as the gift of righteousness given to the believer. The righteousness in RG is a righteousness that avails before God, something given by God, and apprehended by faith. RG is manifested as the validation of God’s own righteousness and the vindicating status of righteousness which God graciously gifts to those with faith (F.C. Baur; R. Bultmann; M. Seifrid; S. Westerholm; M. Wolter; F. Watson; C. Irons; T. Schreiner). Treating RG as an objective genitive (righteousness that avails before God) and/or genitive of source (righteousness from God) is credible given: (1) Scriptural and second-temple references to righteousness as something given or bestowed (Ps 106:31; Isa 61:10; Jer 33:16; Bar 5:2, 9; Wis 12:16; Ep. Arist. 280; Jub 1.16; 16.26; 1QH 4.17-23; 12.37; 14.1-19); (2) Paul mentions a righteousness given explicitly from (ek/apo) God (Phil 3:9; 1 Cor 1:30); (3) He refers to being “freely justified” (Rom 3:24) and the “gift of righteousness” (Rom 5:15-17); (4) Paul talks of being righteous or justified before God (Gal 3:11; Rom 2:13; 3:20); and (5) The RG is either synonymous with or closely aligned with the “righteousness of faith” (Rom 4:11, 13; 9:30; 10:6; Phil 3:9). In effect, then, RG is a divinely approved righteousness that comes as a gift from God and makes one righteous before God. RG means homo iustificatus, a person righteous before God (Wilckens, 204-5). The problem with this view is: (1) There is the dilemma of how one shifts from God’s punitive righteousness (iustitia distributiva, Rom 1:18, 3:5, 25-26) to righteousness as a gift (homo iustificatus, Rom 3:24; 5:18) without righteousness as salvation in Christ’s cross and resurrection (iustitia salutifera, Rom 1:17, 3:21). (2) RG as a gift becomes reducible to righteousness received by faith, i.e. justification. Yet in some places where Paul mentions RG he doesn’t refer to “faith” (2 Cor 5:21), nor the language of “gift” (Rom 1:17), or else RG is a mixture of divine power and authority in salvation (Rom 10:3). In addition, Paul’s discourse about RG incorporates a wider suite of motifs beyond justification by faith including peace, reconciliation, life, forgiveness, transformation, and liberation. According to James Dunn: “The ‘righteousness of God’ is nowhere conceived as a single, once-for-all action of God, but as his accepting, sustaining, and finally vindicating grace.” While RG is not less than justification by faith, it is certainly more than justification by faith. 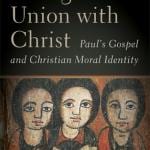 May 19, 2020 Is the Righteousness of God, God's Covenant Faithfulness?
Recent Comments
0 | Leave a Comment
Browse Our Archives
get the latest from
Euangelion
Sign up for our newsletter
POPULAR AT PATHEOS Evangelical
1

Will sin be possible in the Kingdom of...
In our study of Heaven for the Good News sermon series, one...
view all Evangelical blogs
What Are Your Thoughts?leave a comment
Copyright 2008-2020, Patheos. All rights reserved.