Christos Tsiolkas Talks about his Novel ‘Damascus’ with Theologians

Some months ago, Ridley College hosted a discussion panel with Australian novelist Christos Tsiolkas about his novel Damascus which tells the story of the apostle Paul. The novel is graphic to be point of being lurid, however, it captures the darkness and brutality of the ancient world. Tsiolkas is nakedly and vulnerably honest about his encounters with the Greek Orthodox and Evangelical Churches and his sexuality. Brian Rosner and Fergus King offer comments and questions to Tsiolkas. Quite an engaging panel discussion! He also tells the story of how he abandoned Marxism. 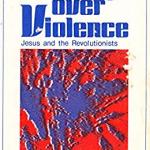 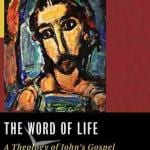 July 1, 2020 The Gospel of John and an Interreligious World
Recent Comments
0 | Leave a Comment
Browse Our Archives
get the latest from
Euangelion
Sign up for our newsletter
Books by This Author Books by Mike Bird