I’m been reading a lot about Jesus’s ethics, including Martin Hengel and A.E. Harvey, found these two cool quotes:

The injustice and suffering in Palestine two thousand years ago was certainly no less than the suffering in our world today. The revolutionary prescriptions of our time for the overcoming of such injustice and suffering are likewise not always so different from those proposed then. The idea that the present-day situation has become intolerable, so that revolutionary violence has become justified, even necessary, was widespread then as now – and it was not the most wicked who were proclaiming this idea. Those who justify violence today do not see that they are starting a vicious circle from which they can scarcely escape, and which – as is shown by the history of revolutions in Palestine in the time of Jesus and in Europe during the past two hundred years – will either corrupt them through abuse of their new-found power or, if they seek to preserve their ‘humanity,’ drive them into opposition and finally liquidate them as alleged ‘counter-revolutionaries.’ In the midst of an outwardly hopeless situation, Jesus taught his group of followers how to break out of this vicious circle; until the age of Constantine, the early church adhered unflinchingly to this refusal to use violence. It is part of the critical power of the gospel that this summons to freedom – which also means freedom from the inner law of violence – is still heard today, is in fact once again being heard more clearly. … Reflection on the message of Jesus against the background of the unimaginable brutality and injustice of his age could help us today better to understand the gospel, that is, Jesus’ summons to freedom, and to act accordingly.

A.E. Harvey ends his book Strenuous Demands with a quote from Superintendent W. Kraetschell of East Berlin referring to fall of communism in Europe.

When the moment came, God himself in his love for this world made it possible for us to love our enemies and to remain non-violent. It was an unforgettable experience to see this word of Jesus coming alive in tens of thousands of human beings and to discover that ultimate power lies, not in physical force, but in love.

June 24, 2020
When Evil Visits Your Academic Society
Next Post 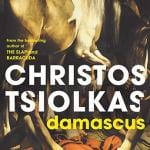 June 28, 2020 Christos Tsiolkas Talks about his Novel 'Damascus' with Theologians
Recent Comments
0 | Leave a Comment
"Very interesting!"
Roger McKinney Christianity and Greco-Roman Moral Discourse
"I know she says it isn't technically a novel, but I do think Paula Gooder's ..."
Ros Exciting New Novels set in the ..."
"Robinson's writings (as shown here) do seem to be projecting modern Gender Studies narratives onto ..."
Harold Porter A New Look at Paul, Masculinity, ..."
"This should be interesting. I'm still trying to wrap my brain around Cynthia Westfall's book. ..."
NorrinRadd A New Look at Paul, Masculinity, ..."
Browse Our Archives
get the latest from
Euangelion
Sign up for our newsletter
POPULAR AT PATHEOS Evangelical
1