N.T. Wright: The New Testament Is Clear on Female Preachers

A while back on Church Leaders, N.T. Wright was interviewed on what he thinks about women preachers. Here’s what he said:

“The usual idea that women were kept down in the ancient world and it’s only recently that feminism has brought them back up is quite wrong,” Wright argues. The theologian, who recently published a book called The New Testament in Its World, said women who had some authority in the church and society were not anathema in the ancient world. “There were lots of independent women in Paul’s world and that was something Paul worked with.”

In John 20, when Jesus is raised from the dead, the first person he meets is Mary Magdalene. “He does not say, Mary, I’ve got some really important news–I want you to go get Peter because I need to tell him so that he can then go and tell everybody else,” Wright explains. Instead, “he says, ‘Mary, go and tell my brothers–those men who are hiding at home because they’re scared–go and tell them I am ascending to my father and your father….’” The news that the crucified Jesus has been raised from the dead and is now Lord of the world is “the foundation of all Christian ministry,” Wright says, arguing for the passage’s significance to Christian thought and belief. Speaking to ChurchLeaders podcast host Jason Daye, Wright says that when Jesus gives this news to Mary instead of one of his male disciples, it is “almost as huge a revolution as the resurrection itself.”

The other example Wright leans on to answer the question of whether or not women should be allowed to preach is in Romans 16. Wright says the letter to the Romans is “probably the most important letter ever written.” The fact that Paul entrusted this most important letter to Phoebe, who was a deacon in the church in Corinth, is very significant when considering the context of the time period and culture. “In the ancient world, the person who delivers the letter is the person who will read it out.” Phoebe was “presumably an independent business woman” who was traveling to Rome for business, Wright explains. Additionally, there is a high possibility that Phoebe also explained Paul’s meaning when people had questions about the letter. In fact, it is “highly likely the first ever exposition of Paul’s letter to the Romans was done by a Christian business woman from the eastern port of Corinth,” Wright said. “Paul could easily have chosen some man to do that job,” he explained. Instead, he deliberately chose Phoebe. 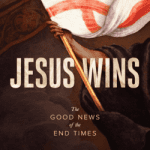