The Gospel and Eschatology!

When it comes to the millennium, some Australians defer to the position known as panmillennialism – the view that it’ll all pan out in the end.  While this is a typically Australian way of avoiding controversy, it also makes an important point.  It articulates that though we can’t be certain of every specific for the end times, we know that God is in charge and it’ll all work out in the end.  Well in a similar vein, Dayton Hartman proposes that at the heart of Biblical eschatology is the simple idea that in the end, Jesus wins.  While it is not wrong to delve into details or positions for the millennium, and these can in fact be helpful at times, they are not the heart of the matter.  What all believers should keep front and centre is what the creeds posit: Jesus will return and make all things right.

Dayton Hartman is the lead pastor at Redeemer Church in Rocky Mount, North Carolina, and he is also an adjunct at the Southeastern Baptist Theological Seminar and Columbia International University.  In this new book (2019) from Lexham Press titled Jesus Wins – The Good News of the End Times, Hartman sets out the case that believers should be united in the victory of Jesus when it comes to discussing the end times.  This book is really a short (91pp), accessible introduction to the topic of the end times for lay people.  But in the course of navigating this topic and the various debates that surround it, he argues the case repeatedly that the church needs to keep the heart of the matter central, and allow this to shape how we live.  In other words, the future return and victory of Jesus should impact the life of the believer now.  Hartman breaks this argument into four chapters plus a fifth, which is really a conclusion.

In the first chapter, Hartman argues that there is no benefit to speculating about eschatology (the study of the end times).  He highlights some significant attempts to speculate in his own time (mostly American) and their failure to predict.  He has personal stories of individuals who failed to live faithfully because they were consumed with speculation.  And he sets out the charge that speculating draws us away from our present charge.  Rather, what matters is what is contained in the creeds and handed down to us from the church fathers; that Jesus will return to judge the living and the dead.  Thus in essence, what believers should take away from eschatology is simply this: Jesus wins.

In the second chapter, Hartman turns to the Bible.  In the New Testament, he shows that believers in the time between the resurrection and return of Jesus are living in the last days.  Eschatology has already begun, and what we await is the restoration of all things.  Hartman then provides a brief overview of the Bible story.  In this he draws the conclusion that the restoration of all things is where it is driving, not a particular schedule of the last days.  This leads to his conclusion that eschatology is all about Jesus’ victory, and that this must impact how believers live.  If these are the last days, then it is essential this has an effect.

In the third chapter, Hartman explains the four major eschatological views: amillennialism, postmillennialism, historic premillennialism, and dispensationalism, and he does so with an eye to three specific issues: the millennium, the binding of Satan, and the relationship between Israel and the church.  Then after summarizing these views while highlighting their many similarities, he turns to the past and looks at their history of interpretation.  He begins with Papias, Eusebius, Origen, Augustine, and Justin Martyr.  Then he does an oh-so-brief detour to the Reformers, before jumping ahead to John Owen, Jonathan Edwards, and the Great Awakening.  The survey concludes with John Darby, Charles Scofield, and the state of affairs within modern American seminaries.  Hartman ends this chapter with a call for tolerance when it comes to opposing views, and a reminder that they all set out the same basic thought, which believers all hold: in the end, Jesus wins.

In the fourth chapter, Hartman describes biblical orthodoxy as like a highway, where the different lanes as different traditions and the guardrails are the creeds.  Christians have freedom to move across the lanes while remaining orthodox, but the creeds define the limits of that orthodoxy.  He then considers what two creeds have to say about the end times: the Apostles and Nicene creeds (with the Athanasian creed contained in an appendix).  Hartman states the eschatological content of both creeds simply: Jesus will return, bringing true life as well as restoration to what is broken.  Hartman then calls believers to make central and utmost this basic hope of the creeds.  He suggests that believers in America feel hopeless despite this great hope because the news cycle is pessimistic and we are far more influenced by our cultural context than we realize, and also because we have neglected the simple eschatological hope that Jesus will return.  Thus he urges us to reclaim the truths of the creeds and hold onto them firmly in this broken world.

Finally in the fifth chapter, Hartman concludes the book with a final plea for Christians to find unity in the truth that in the end, Jesus wins.  There is benefit in seeking greater clarity of the issues, and in having an appreciation for alternative points of view.  But what must remain front and centre is that Jesus will return to make all things news.  Thus the book ends with this call for both unity and clear sightedness.

I would gladly recommend this book to my congregation as a predominantly American overview of eschatology and the debates around it.  Throughout the book, Hartman helpfully summarizes theological terms, positions, and proponents, in black boxes.  While the ones picked can be somewhat arbitrary at points, these provide basic background that may be of interest to the reader and allows the text of the book to move forward without the need to explain everything.  I also appreciated that Hartman did not side with a particular view of the millennium, but left it open where he landed.

What I found especially helpful was the historical background that Hartman brought to this topic.  This is his own specialty, and it brought much-needed context to the topics he was discussing.  What it especially gave was an appreciation of the link between when each position was in the ascendency and the current world events of the time.  This brought a much-needed reminder that so often the world influences us in ways we do not perceive.

However, this book also contained some weaknesses, although more as a function of its size and primary readership.  It is certainly America-centric, although prepared on occasional to venture across the sea.  It can be somewhat parochial in who gets discussed, and what is missed.  Especially in chapter 3, when discussing how each position relates to the binding of Satan and the relationship between Israel and the church, one is left wondering whose positions these are.  No doubt there is a broad range of views for them within each camp, and at times the book appears to suggest uniformity when this is far from the case.

Nevertheless, this is a great introduction to the topic, and issues involved, for lay audiences.  Without a doubt, when my church next looks to study Revelation, this book will be high on the list of recommended readings for our members. 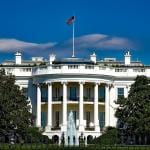 June 18, 2020
A Roman History of the Trump Presidency
Next Post

June 22, 2020 N.T. Wright: The New Testament Is Clear on Female Preachers
Recent Comments
0 | Leave a Comment
"Good points! This passage us similar to Ephesians 6 telling women to submit to husbands. ..."
Roger McKinney Romans 13:1-7 – Translates, Paraphrase, and ..."
"Good questions. Thanks for your interaction. I just saw this post, so I am just ..."
Joshua Theological Anthropology Rejigged
"I think a textual case can be made that prototikos also means pre eminence"
rdbipb Christ as “Firstborn”
"Hello Friend, I read your article this is good for anyone. Love is God and ..."
Godsyou Preaching the Word with John Chrysostom
Browse Our Archives
get the latest updates from
Euangelion
and the Patheos
Evangelical
Channel
POPULAR AT PATHEOS Evangelical
1