A New Look at Paul, Masculinity, and Power

Every now and then I pick up something on Paul, gender, and culture, to keep myself abreast of how biblical studies and gender studies interface – though I’m no expert in this field, it is a somewhat exotic area of discourse with its own lexicon and luminaries, quite different from the more mundane history and theology seminars that I usually inhabit. That said, there’s always interesting stuff to find here, and I’ve learned a lot. Most recently, I’ve had a read through Brian J. Robinson’s book Being Subordinate Men: Paul’s Rhetoric of Gender and Power in 1 Corinthians (Lanham: Lexington/Fortress, 2019).  This is probably one of the best things I’ve read about Paul, Corinth, and gender for some time. I’ve put it up there beside books by Lucy Peppiatt and Cynthia Westfall as one’s to definitely read on this subject.

Here’s the blurb for the book:

Being Subordinate Men offers a gender critical examination of Paul’s use of gender and power in the argument of 1 Corinthians. By elevating femininity and misperforming masculinity, Paul consistently undermines first century Roman norms of masculinity. Such norms of masculinity would have allowed some of the higher status men among the Corinthian believers to occupy positions of power that would give them control over lower status members of the community. Instead of supporting such a patriarchal model, Paul articulates a form of masculinity that would require these higher status men to abandon their positions of power and occupy positions that would put them on equal status with women and men whose bodies and identities forced them to the margins of society. Such a move subverts forms of toxic, or hegemonic, masculinity that give a select few men power over the bodies of others. Instead of a toxic masculinity, Paul commands the men in his audience to embody a failed, or subordinate, masculinity. This failed masculinity not only imitates Paul’s own subordinate masculinity, seen in his embrace of feminine imagery and his failure to live up to first century Roman norms of masculinity, but also supports Paul’s main reason for writing 1 Corinthians by confronting the factionalism that threatens to destroy the believing community. Paul’s vision for the believing community is one of equality that centers itself in imitation of the crucified body of Jesus, a body that demonstrates that equality, not domination, is the path to the kingdom of God.

Otherwise a good quote from the conclusion sums up much of Robinson’s argument is:

Paul’s self-presentation throughout 1 Corinthians evidences the same concern as Paul constructs his authorial persona and repeatedly presents himself as a figure to be imitated. The surprising part of Paul’s self-presentation is not that it engages discourses of masculinity but that it consistently fails to embody the ideal position in these discourses. He is a man who cannot speak well, a woman who nurses a child a father who brings shame on his children, and a celibate man. Such a man would necessarily take a subordinate position and, as a result, be excluded from institutions and positions that were reserved for men. Such a failure, I argue, is not a mistake by or shortcoming of Paul but a direct result of his understanding of the gospel and his own imitation of Christ. From Paul’s perspective, institutions of patriarchy represent oppressive structures of the present age and not representative of the way the people of God are to live. … Paul directs the men in his audience to misperform discourses of masculinity. They are to be fools not dominant orators, not to take advantage of status in Roman courts but appoint lower-status men to arbitrate disputes, to submit their bodies to their wives, and to conform to the dining practices of the weak. The point of such practices is to prevent the factionalism that threatens to tear apart Paul’s audience by ending practices that create and sustain the competition for power and status that were rampant in Roman Corinth. Paul crafts a specific masculine identity that he knows will subvert the type of status and power games that were the norm in urban Roman contexts. Paul’s goal is the unity of the believing community. In order to achieve this unity, Paul directly challenges systems that value some members of the community over others by calling those members of the community that could benefit from such systems to intentionally embody identities that identify them with lower-status members of the community. Because of the pervasive linkage of power and masculinity, addressing such discrepancies in power requires Paul to address the masculinity to which the men in the community aspire (p. 214). 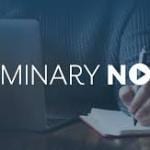 July 20, 2020 Just Released: Seminary Now, a New Streaming Video Platform
Recent Comments
0 | Leave a Comment
"nice"
Marty Christ as “Firstborn”
"Excellent commentary!"
the old scribe Christ as “Firstborn”
"Seriously? People actually spend time on this sort of claptrap? And get paid for it? ..."
Gerald Arcuri A New Look at Paul, Masculinity, ..."
"Jesus changed me and transformed my life, praise God."
Carlos Santiago On Jesus Christ as Jesus THE ..."
Browse Our Archives
get the latest from
Euangelion
Sign up for our newsletter
POPULAR AT PATHEOS Evangelical
1

What Evangelicals Just Don't Know About...
Anxious Bench
Books by This Author Books by Mike Bird