Have you ever gone home from church, still chuckling about a funny anecdote from the sermon, or moved by a contemporary illustration, but unable to recall what the day’s Bible text was?

In Preaching the Luminous Word, Ellen Davis offers an introduction to exegetical preaching, where we are invited to enter the world of the text, and examine the significance of the Biblical writings, so that when we next read that text, our understanding has been enriched. Her method is drawn from John Donne’s famous sermons on the Psalms, where he ‘modelled firm reliance on the text’ to grip the interest of his hearers, relating his text to other parts of Scripture, but limiting contemporary illustrations to a few words. Stanley Hauerwas’ Foreword likens the form and content of Davis’ preaching to Peter’s sermon in Acts 2, and calls attention to Davis’ earlier writings on preaching including Wondrous Depth: Preaching the Old Testament (2005), Imagination Shaped: Old Testament Preaching in the Anglican Tradition (1995), and chapters in The Art of Reading Scripture (2003), which Davis edited with Richard Hays. Drawing from Hugh of St Victor, Davis likens sermon preparation to stone masonry, which requires careful attention to the placing of each stone in relationship to other stones (see Wondrous Depth). Unlike brick laying, Hauerwas notes, the whole wall must be kept in mind when placing an individual stone, as bricks are uniform, but each stone’s size and shape is unique. Davis also invites preachers to be like elementary school teachers, educating ‘the imaginations of her hearers so that they have the linguistic skills to enter into the world which Scripture discloses, and may thus make a genuine choice to live there’ (Imagination Shaped). Davis’s sermons also take account of liturgical time, as each text finds its place in the larger biblical story.

The initial sermon in the book, ‘Being a Creature Means You Eat’, reflects Davis’ interest in agriculture and the environment as she exegetes Genesis 1 (see also Davis, Scripture, Culture, and Agriculture: An Agrarian Reading of the Bible, 2008).

In her sermon on Jeremiah 4 and 31, Healing for Sin-Sick Hearts’, Davis draws out the horror of the ruins of Jerusalem and the vision of decreation: ‘ No one should ever have to see what Jeremiah saw.’ Preached in the context of the Easter season, Davis draws out the relevance of resurrection.

The final sermon in the book, ‘Worship the Lamb’, examines John 21.1–19 and Revelation 5.11–24. Davis offers the choice between worshipping the lamb that was slaughtered, and worshipping the Beast, representing empire, ‘the apparent source of all power and safety.’ She illustrates this with Desmond Tutu’s invitation to the white South African government to ‘Come on over to the winning side, come on over before it’s too late.’ Though the diminutive Tutu appeared to be on the losing side, and suffered in his struggle against apartheid, like the book of Revelation, he had ‘total confidence in God’s power to triumph over evil.’

Austin (Mack) Dennis has selected fifty of Ellen Davis’ sermons, from hundreds preached over the past quarter century. These span Old and New Testaments, and provide many examples of Old Testament preaching from Genesis to Zechariah. Interspersed are essays on preaching of the Old Testament, ethics, wisdom, vocation, and the Trinity. Dennis, a preacher, theologian and homiletician, has also written brief introductions to each sermon, and an afterword. 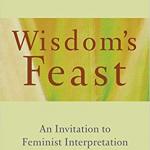 July 25, 2020 Wisdom's Feast - Feminist Interpretation of Scripture
Recent Comments
0 | Leave a Comment
"Good article! There is a great deal to admire and much to learn from the ..."
Colin Austin Barnes Jesus and the Pharisees # 1
"It mainly depends on where the lgbtq work. Teaching children from the eighth grade and ..."
D.M.S. The Fundamentalist War on Wokeness is ..."
"Any chance you improved your discussion of corporate election? Your dismissal of the view sounded ..."
Chris Trevin Wax Overviews Evangelical Theology – ..."
"True"
Kathleen Lipscomb The Fundamentalist War on Wokeness is ..."
Browse Our Archives
get the latest from
Euangelion
Sign up for our newsletter
POPULAR AT PATHEOS Evangelical
1

How to Explain Advent to People...
Ponder Anew
Books by This Author Books by Mike Bird

Evangelical
Jesus and the Pharisees # 1
Euangelion 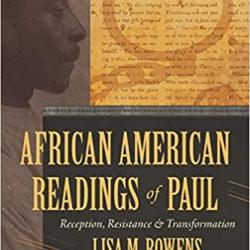