Was the earliest Christology an “angel Christology”? May 4, 2021 Michael F. Bird

Many have suggested that the earliest christology was perhaps an angel Christology with Jesus viewed as (a) An angel who has become human; (b) a human who became an angel; or (c) or a mutation of a principal angel who becomes the subject of worship. In support one has to acknowledge that viewing Jesus as an angel was known among apologists like Justin, proto-orthodox authors like Epistula Apostolorum and Roman Shepherd, among the Ebionites, Sethians, Valentinians, and Arians. This happened because: (a) The more Jesus’s pre-existence and heavenly origins were stressed the easier it was to conceive of Jesus as an angelic being; (b) The tradition of a principal angelic figure close to God was something of a ready-made analogue for Jesus to be divine in such a way as did not require abandoning Jewish monotheism; (c) The tradition of depicting Israel’s rulers and eschatological deliverers as angelic beings (e.g. Isa 9.5 LXX).

But, is this where “Christology began,” so to speak? This is the part I would contest!

I tend to think that if primitive christology and Jesus devotion were a variation of two powers angelology or a principal angel configuration, then why did the angelic aspect recede to the point of being materially absent in Pauline christology, why does John the Seer highlight angelic refusal of worship yet allow Jesus to be worshipped, and why is angelic christology detectable only implicitly in the christological schemes critiqued in Colossians and the Book of Hebrews? Most likely because among certain apostolic groups Jesus’s pre-existence, person, power, and presence found their primary analogue with the God of Israel and only secondarily in relation to angelic intermediaries.

Now, I can easily imagine a Christian convert in Antioch or Ephesus, hearing Paul speak, reading the Gospel of Mark, or listening to a sermon on Ps 110 and thinking that Jesus is an angelic figure. Persons initially conceived of Jesus based on their prior religious framework and exposure to Jewish texts and traditions which had ample room for angelic entities. However, the dominating (not exclusive!) tendency among apostolic and proto-orthodox authors was to identify Jesus as more like the God of Israel than like an angel of God. Christian texts integrate and equate God and Jesus more closely than ordinarily happened for angels in relation to God. Jesus is far more central in Christian redemptive schemes, eschatological hopes, group identity, ethics, and cult-like worship than was normally attributed to angels in Jewish tradition. One can find partial analogies with angelic deliverers, their divine qualities and roles, the visible display of heavenly splendor, types of angel veneration, and the role of angels in eschatological hopes. Yet the specificity of the incarnation as opposed to an angelic visitation, the emphasis on Jesus as co-enthroned with God rather than a throne room attendant, identifying Jesus as the mode of divine love as opposed to a messenger from above, and the absence of an angel-cult approximate to Jesus devotion shows that the difference between Jesus and angels for some groups was one of kind not merely of degree.

If that scheme, or some variation thereof, was the original christology, would it explain contours of early Christology up to 100 CE? Perhaps one could align it broadly with the descent-ascent scheme of a heavenly being who is the “form of God” in Phil 2.5-11, but it might fall foul of the specific reference to the angelic being as “equal with God.” Imagining a second power in heaven beside God is reasonable enough (Philo, Fug. 95-97; Her. 165-66; m.Sanh. 4.5; b.Sanh. 38b). Likewise, calling an angel “Lord” (Zech 1.9; 4.4-5; 4 Ezra 2.44; Jos. Asen. 17.9; Apoc. Zeph.  A) or “God” (Gen 31.11-3; Exod 3.1-22; Jdgs 13.22; Jos. Asen. 17.10;  4Q402 1 2.30-46) can be done without thinking twice. Even applying a Yahweh-text to a heavenly figure is not without precedent (Mic 1.4/1 Enoch 52.6; Isa 52.7; 61.1-3; Ps 7.7-8; 82.1-2/11Q13 1–2). However, it would be straining some monotheistic sensibilities to include an angelic figure within the shema (Dt 6.5) as Paul does with Christ (1 Cor 8.6). The knowledge of the one God over and against idols (1 Cor 8.1-5) includes the priority and prominence of “one God, the Father” as Creator beside “one Lord, Jesus Christ” as demiurge and deliverer, but only in the context of their “togetherness” (Miteinander) as they operate in unison “for us” (1 Cor 8.6).[1] Angels do not have a part in monotheistic confession, demiurgy, and a mode of deliverance that puts the delivered in a relationship with them! The Synoptic Gospels could potentially be read as containing an angel-christology if one emphasized those texts that speak of Jesus at the head of angelic orders as a kind of first among equals (Mk 8.38; 13.32; Mt 4.6; Lk 12.8), but I suspect it would become harder to sustain in the kyrios passages found throughout (e.g., Mk 12.29-32 affirms Jewish monotheism, while Mk 12.35-37 and Mk 14.62 locate Jesus within the kyriosity of Israel’s God).[2] The Epistle of James is christology-lite and could comport with any scheme that acclaims Jesus as “our glorious Lord Jesus Christ” (Jas 2.1). Jude has by far the most compatibility with angel-christology given his mention of “Jesus” saving his people out of Egypt which could equate Jesus with the “angel of the Lord” (Exod 33.1-3; Jude 5), the mention of the “archangel Michael” and Enoch’s “holy ones” demonstrates Jude’s interest in angels (1 Enoch 1.9; Jude 14-15), and Jude censures those who blaspheme “glorious ones” which might include Jesus (Jude 8). An angel-christology potentially cohered with the Colossian “philosophy” which preserved a place for Jesus by fitting him into an angelic hierarchy. The Book of Hebrews executes a polemic against angels vis-à-vis Jesus in its opening chapter, but it is hard to say whether this is a rhetorical comparison or a rejoinder to an actual angel-christology. John the Seer’s apocalypse undoubtedly presents Jesus with angelic traits, but simultaneously locates Jesus within the orbit of God the Father’s sovereignty, glory, and worship which is explicitly differentiated from angelic orders. Irrespective of what subordinationist traits the Jesus of John’s visions possess, it is probably not of an angelic variety. 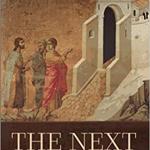 May 2, 2021
Is the Old Testament a Christian Book?
Next Post

May 7, 2021 Introducing the Epistle to Diognetus
Recent Comments
0 | Leave a Comment
Browse Our Archives
get the latest from
Euangelion
Sign up for our newsletter
POPULAR AT PATHEOS Evangelical
1