The epistle of Jude is a letter of exhortation to Christian assemblies somewhere in the Hellenistic east, written principally to warn against certain intruders who are characterized by debauchery, the interpretation of dreams, a denial of Jesus Christ, and denunciation of angelic authorities (Jude 4-16).[1] Whereas much of the polemic against the intruders trades in stereo-typical tropes to describe their mode of godlessness, nonetheless, the allegation of rejecting lords and blaspheming glorious ones in vv. 8, 10 has a degree of specificity which is not stereo-typical. This explains why the letter includes an unusual focus on angels compared to other NT writings. The intruders disparage angelic beings perhaps on account of a Hellenistic scepticism towards the invisible, because of ecstatic visionary experiences of the heavens with no angels, to denigrate the angels who gave the law, or because of a prejudicial view of heavenly powers compared to Christ (Jude 8-10). Jude retorts: (1) “Jesus” himself was the angel of the exodus, thus, to disparage angels is to disparage the pre-existent Jesus (Jude 5 alluding to Exod 23.20-23 and Num 14.26-38); (2) Angels are part and parcel of cosmic reality and redemptive history as evil entered the world with evil angels and evil will finally be defeated at the judgment of the wicked angels, thus, the intruders have abandoned Jewish theodicy and a theocentric heavenly hierarchy (Jude 6 alluding to 1 Enoch 10.4-5, 11-15); (3) Those who denigrate angels will suffer the same fate as Sodom and Gomorrah who tried to violate angels (Jude 7-8); (4) Even the archangel Michael did not slander the Devil, the epitome of rebellious angels, but left judgment to God (Jude 9 alluding to Zech 3.2 and Ass. Mos. according to Clement of Alexandria, Frag. Jude and Origen, de princ. 3.2.1); and (5) These debauched dreamers and angel-deniers will ironically be judged when the Lord comes with his angels (Jude 14-15 quoting 1 Enoch 1.9). Jude urges respect for angelic mediators as, dare I say, “guardians of the galaxy,” the heavenly curators of the cosmic order, and supernatural servants of the people of God. Jude, much like Justin, believes, “This God we do venerate and worship, and also the Son who came from him and taught us these things, and the company of other good angels who follow him and are like him, and also the prophetic spirit” (1 Apol. 6.2).

The author notable mentions how “Jesus once for all saved a people from Egypt and afterwards destroyed those who did not believe” (Jude 5). Here we must observe that there are significant textual variants in Jude at this point as the earliest papyrus containing Jude has “God’s Messiah” (Theos Christos) saved a people from Egypt (P72), the majority of manuscripts read the “Lord” (kyrios; א and many minuscules), while two prominent majuscules read “Jesus” (Iēsous; B A), with combinations of Lord, Jesus, God, and Christ in other witnesses. The evidence is thin and disputed, yet recent critical editions of the Greek New Testament have all favor “Jesus” (Iēsous) as the more original reading (ECM, NA28, UBS5, SBLGNT, THGNT).[2] If “Jesus” is original in v. 5, then Jude would be explicitly identifying Jesus with the “angel of the Lord” in Exod 23.20-23 and be engaging in a typological argument similar to Paul’s remark about Christ as rock that accompanied Israel in the wilderness (1 Cor 10.4). Of course, even if, kyrios is original in v. 5, the description of Jesus as “master and lord” in v. 4 would permit a christological interpretation of kyrios in v. 5.

In this vein, Jarl E. Fossum believes that Jude, much like Justin some decades later, identifies the pre-incarnate Jesus with the angel of the Lord who, in Jewish tradition, can be associated with the exodus, the punishment of the Israelites in the wilderness, the imprisonment of the fallen angels, and the destruction of Sodom and Gomorrah as we find in Jude 5-7.[3] Fossum concludes: “Jude 5 implies that the Son is modelled on an intermediary figure whose basic constituent is the Angel of the Lord.”[4]

However, the Jude is not necessarily “warding off an attack on the Angel-Christology.”[5] True, irrespective of whether we read Iēsous or kyrios in Jude 5, it is possible to draw a link between Jesus and the angel of the Lord. Yet Jude is principally attacking a disparagement of angels as guardians of cosmic order. Furthermore, while Jude’s christology probably includes an Old Testament christophany in the angel of the Lord in Exod 23.20-23 (cf. Num 20.16) similar to Justin, he also exceeds that view: (1) Jesus Christ is “our only master and Lord” (Jude 4; 25); (2) Jesus’s sovereignty is underscored when Jude self-identifies as a “slave” of Jesus Christ whilst others deny Jesus’s lordship (Jude 1; 4); (3) Jesus is perhaps the “Lord” who comes with his angels given the general propensity of Christian authors to conflate Old Testament theophany texts with Jesus’s parousia (Jude 14-15); and (4) The functions of God and Jesus Christ are “interlaced”[6] concerning the preservation of the faithful with mercy to save them from judgment (Jude 1, 20-25). Jude’s Jesus is no mere angel, but the eschatological Lord of divine mercy and judgement whose own work redounds to the glory of “the only God our Saviour” (Jude 25). 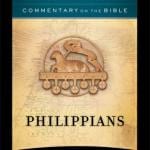 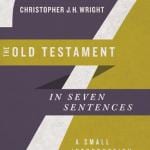 June 5, 2021 Making Sense of the Old Testament
Recent Comments
0 | Leave a Comment
"Good points! This passage us similar to Ephesians 6 telling women to submit to husbands. ..."
Roger McKinney Romans 13:1-7 – Translates, Paraphrase, and ..."
"Good questions. Thanks for your interaction. I just saw this post, so I am just ..."
Joshua Theological Anthropology Rejigged
"I think a textual case can be made that prototikos also means pre eminence"
rdbipb Christ as “Firstborn”
"Hello Friend, I read your article this is good for anyone. Love is God and ..."
Godsyou Preaching the Word with John Chrysostom
Browse Our Archives
get the latest updates from
Euangelion
and the Patheos
Evangelical
Channel
POPULAR AT PATHEOS Evangelical
1