Making Sense of the Old Testament

The Ten Commandments: A Guide to the Perfect Law of Liberty by Peter Leithart (Lexham, 2020)

The Old Testament in Seven Sentences: A Small Introduction to a Vast Topic by Christopher J. H. Wright (IVP, 2019)

The Old Testament is an intimidating place to visit for most Christians, and so here are two great travel guides to help the average Christian or inquiring sceptic plan their next visit.

Chris Wright’s The Old Testament in Seven Sentences offers a short itinerary through the OT’s story, stopping off at seven major biblical theological attractions along the way. The introduction sets out different biblical ways of retelling the ‘great story of the universe’ set out in the OT — from Joshua to Nehemiah to Jesus to Paul. Each of the next seven chapters is then built around a key verse,  which is then fleshed out over twenty pages or so. The first four are obvious must-visits: Creation, Abraham, Exodus, and David. The next two introduce us to the prophets, including their role in reminding Israel of the covenant (ch 5) and the gospel of hope through judgment that they pioneer (ch 6). The final chapter fills in a gap in a purely salvation-history account by addressing psalms and wisdom literature.

The writing is very accessible and would be suitable for a general readership, from senior high school students up. By telling the story in this way, Wright’s goal is to show us that it is our story. Biblical literacy is not at an all time high right now. Many Christians are struggling to see the relevance of the OT, or are too easily swayed by neo-Marcionite nonsense about the God of the OT being different to the God of the NT.

If Wright goes for the wide-angle lens, Peter Leithart goes for the microscope in his contribution to Lexham’s Christian Essentials series. The ten commandments loom large in many traditions, but are often not well understood. This short (146 small format pages) book goes a long way towards addressing that.

A short introduction situates the ten commandments within the covenantal context of Israel’s history as words from father to son. He argues for a Christological relevance of the laws, as a ‘character portrait’ of Christ. He then briefly explains the structure of the decalogue, including the differences between traditions in how they number them. The next ten chapters then work through the commands in sequence according to the Orthodox tradition (which is the same as the Reformed, but with ‘I am Yahweh’ included in the first command). Each chapter situates the command historically and theologically, and offers some short comments on its relevance today for Christians. The conversational style is approachable and includes the occasional anecdote, but the content also touches on fairly deep theological ideas, giving footnotes to follow up on.

Both The Old Testament in Seven Sentences and The Ten Commandments would be a great start for pastors wanting to equip others (or, dare I say it, themselves) to read the major testament as Christian Scripture. Wright’s even includes some discussion questions which would facilitate use in a Bible Study group. 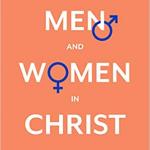 June 8, 2021 Man and Women in Christ
Recent Comments
0 | Leave a Comment
"nice"
test Christ as “Firstborn”
"Excellent commentary!"
the old scribe Christ as “Firstborn”
"Seriously? People actually spend time on this sort of claptrap? And get paid for it? ..."
Gerald Arcuri A New Look at Paul, Masculinity, ..."
"Jesus changed me and transformed my life, praise God."
Carlos Santiago On Jesus Christ as Jesus THE ..."
Browse Our Archives
get the latest from
Euangelion
Sign up for our newsletter
POPULAR AT PATHEOS Evangelical
1