The Theology of Pope Benedict XVI

Few theologians of recent decades can stand beside Cardinal Ratzinger (Pope Benedict XVI). The capacious mind, pastoral intent, intellectual rigor and humility, and scriptural understanding of such a figure are phenomenal. And yet, due to deeply complex and important ecclesiological realities, the wisdom of this great theologian is often not especially accessible to those outside Benedict’s See, the Roman Catholic Church. Few resources exist for Protestants to engage critically and constructively with this theological giant.

In light of this fact, Tim Perry and his army of nuanced Protestant appreciators of Ratzinger have complied a deeply useful and necessary text. These thinkers have delved into core aspects of the Pope Emeritus’s theology and demonstrated just how significant and rich it is for current theological questions also currently faced by Protestants.

The Theology of Benedict XVI begins with two introductory chapters that consider Benedict’s theological persona and approach. The book is then divided into two sections. The first examines his dogmatic theology, covering the topics of theological method (ch. 2), the theological virtues (ch. 3), revelation, tradition and Biblical interpretation (ch. 4.) theological anthropology (ch. 5), Christology (ch. 6), Mariology (ch. 7.) the Trinity (ch. 8), ecumenism (ch. 9), and the priesthood (ch. 10). While these essays often delve deep into the heart of significant disagreements between the tradition of the authors and that of Benedict, appreciation is maintained without the lines of important differentiation becoming blurred.

Part two turns to another and deeply significant element of Ratzinger’s career, namely, his immense contribution to liturgical theology. These delightful essays cover Ratzinger on the Bible and liturgy (ch. 11), the Eucharist (ch. 12), preaching (ch. 13), prayer (ch. 14), and catechesis (ch. 15).

Finally, in a brilliantly perceptive afterword, Catholic theologian Matthew Levering considers a fascinating question: why is it that evangelical Protestants tend towards engagement and appreciation, not with the more liberal-leaning 20th-century Catholic theologians with whom there would appear to be stronger agreement, but rather with those, like Benedict/Ratzinger, who maintain a strong conservative position regarding Trent, etc. Ultimately, he concludes that it is not conservatism per se that Evangelicals value in Ratzinger. Rather it is the theologian’s commitment to being “a defender of divine revelation, of the revealing and revealed realities of faith…Scripture is not a wax nose for Ratzinger… He is an opponent of the historicizing and ideological trends that imagine Christianity to be simply the humanly invented product of ever-evolving cultural and political situations. He navigates carefully between the twin pitfalls of fundamentalism and liberalism.” (pp. 281-282). As these essays demonstrate, Ratzinger proves a strong friend on account of his unshakable commitment to maintaining the reality that God’s revelation comes to us from outside of us as an ultimate and intelligible reality.

For those seeking to explore and develop an ecumenical spirit that does not shy away from necessary and complex ecclesiological difference, that refuses to fluff around in weak abstractions and saccharine sensibilities but rather “speaks the truth in love” (Eph. 4:15) and seeks to appreciatively sharpen each other’s living traditions “as iron sharpens iron” (Prov 27:17), this book is for you. It imagines a strong ecumenism capable of blessing and strengthening both Catholics and Protestants because it is built upon the unshakable foundation of divine revelation in and through the person of Jesus Christ. 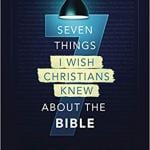 June 14, 2021 We Are All Philosophers - John Frame
Recent Comments
0 | Leave a Comment
Browse Our Archives
get the latest from
Euangelion
Sign up for our newsletter
POPULAR AT PATHEOS Evangelical
1 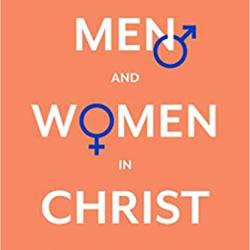