Ellen Painter Dollar recently shared her struggles with tithing. According to her, when she was in her 20’s she was a faithful giver. Now that she and her husband presently make 4 times what she used to make she doesn’t tithe. According to her:

“We give away about 5 percent of our gross income every month, divided between a pledge to our church, a monthly gift to an organization addressing global poverty…and smaller donations to charities we support.

And I miss that money. I’m glad we give it away, but I miss it. I would like to give more, but I’m also enjoying the financial place we’re in right now. Due to a significant promotion my husband got last year, we are for the first time in our adult lives able to do things like go out to dinner for a birthday and pay for the kids’ summer camps without hyperventilating. I admit that the idea of giving away a higher percentage of our income, and as a result having to seriously curtail some expenses, makes me feel a bit resentful. And then guilty, because really Ellen? You sit here in your lovely home with a kitchen full of food and three children who have never wanted for anything, and you resent giving away money that you’d rather use on, what, new jeans or a renovated kitchen or a vacation? Pathetic.”

But Ellen is not alone.

According to an analysis of IRS tax returns researchers at the Chronicle of Philanthropy found the wealthiest Americans — those who earned $200,000 per year and over — actually reduced the share of their income they gave to charity by 4.6% in 2012, compared to the amount they gave in 2006.

Those who earned less than $100,000 — including poor and middle-class families with two working adults — donated 4.5% more of their income in 2012 than 2006, but those making $25,000 or less gave 16.6% more. But those charitable contributions steadily decreased as incomes increased.

So why are you giving less? You already guessed it: you’re making more money.

But what are the reasons for this?

“Listen to me, dear brothers and sisters. Hasn’t God chosen the poor in this world to be rich in faith? Aren’t they the ones who will inherit the Kingdom He promised to those who love Him?” (James 2:5 NLT)

When income increase there is a tendency to see how we did it:

And not to discount hard work–but that line of reasoning puts God on the backburner.

Think about it: you didn’t get your brains, your talents, your innate gifts, and etc on your own. You didn’t protect you from all unseen dangers. Not to mention the fact that you didn’t make all the right choices in life.

Oh by the way: you’re not keeping you alive either.

Not to be harsh but it is true.

This is why the warning in Deuteronomy still rings true today:

“Make sure that when you eat and are satisfied, build pleasant houses and settle in, see your herds and flocks flourish and more and more money come in, watch your standard of living going up and up—make sure you don’t become so full of yourself and your things that you forget God, your God…If you start thinking to yourselves, ‘I did all this. And all by myself. I’m rich. It’s all mine!’—well, think again. Remember that God, your God, gave you the strength to produce all this wealth so as to confirm the covenant that He promised to your ancestors—as it is today.” (Deuteronomy 8:12-18 MSG)

“When goods increase, they increase who eat them; so what profit have the owners except to see them with their eyes?” (Ecclesiastes 5:11 NKJV)

“Bless God! Henry finally got that raise! Now we can get that TV, car, clothes, and etc. we’ve been wanting!”

Having things is nice. Problem is: money management without God becomes prodigal and self serving. Trust me. I know! It took God to get me out of my self serving lifestyle and get me back on track.

I’m not saying no to nice things. I am saying beware of nice things having you.

This is why I am such a big fan of tithes and offerings. They put things in a proper perspective. I own nothing. God owns it all. It also helps in warding off the cancer of greed. It, like fasting, is a necessary discipline that helps with proper priorities. 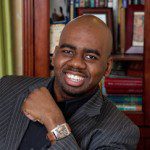 Mike Holmes is founder of Tithehacker.org, a site dedicated to stirring up a revolution of giving. He is also the author of I Shall Raise Thee Up: Ancient Principles for Lasting Greatness. It’s a book teaching how people are raised up as they learn and apply certain time-tested and timeless principles. He is also the husband of 1 lady and the father of 2 small people. 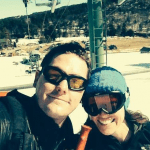 March 2, 2015 3 Timeless Lessons John Rockefeller Could Teach Modern Day Givers
Browse Our Archives
get the latest from
The Evangelical Pulpit
Sign up for our newsletter
POPULAR AT PATHEOS Evangelical
1 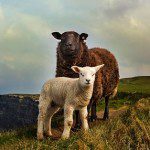 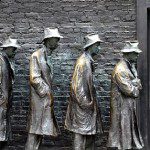 Evangelical
A New Model for 21st Century Missions: an...
The Evangelical Pulpit 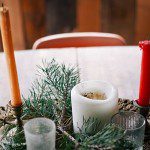 George Floyd and More Screwball Conspiracy Theories
This morning I dared to look at my Facebook news feed and...
view all Evangelical blogs
Copyright 2008-2020, Patheos. All rights reserved.