Christianity’s Revolutionary Recognition of Women as Equals May 27, 2015 Guest Contributor

Marriage has been universal to civilization with most marriage ceremonies involving religion. Yet for years, traditional marriage and the family have been subjected to secular ridicule, with the family increasingly politicized and socialized by “progressive” government bureaucracies. The result has been an unprecedented decline of the family in America, producing increasing rates of non-marital births, divorces, juvenile crime, substance abuse, and other pathologies. This trend can be reversed, however, because the progressive narrative that supports it is unfounded and easily refuted.

The biblical account of marriage begins with one man and one woman: “God created man in His own image, in the image of God He created him; male and female He created them.God blessed them.’” And, “For this reason a man shall leave his father and his mother, and be joined to his wife; and they shall become one flesh.” Jesus later called humanity back to these records (Matthew 19:4–5, Mark 10:6–8), and the Christian story is viewed as ending with the wedding of Christ with His bride, the Church, from which all Christian discussions of marriage stem.

In Christianity, marriage is hence a sacred union of the highest order. However, since the Enlightenment, secularism has defined marriage as a civil union. Many academics view traditional marriage as a patriarchy to dominate and oppress women, all supported by Christian despots. Such a narrative is based on the theory that primitive mankind was egalitarian, matrilineal, and socialist, with communal sexual relations, despite the biological and kinship basis of heterosexual pairing.

However, for thousands of years around the world, a wife was considered a husband’s property. In ancient Jewish communities, almost every adult was married. By age thirteen, a man chose a wife who was betrothed and considered married. The man headed the family, with the wife his property. In the Greco-Roman pagan world, marriage was reserved for citizens, and a woman shared her husband’s station as mother of his children, but she and the offspring were his.

While adultery was prohibited for women, no fidelity obligation existed for men. Older men could force marriage on pre-pubescent girls and compel them to have abortions, usually certain death for not only the baby but also the girl. Moreover, according to sociologist Rodney Stark in his book The Rise of Christianity, infanticide was a commonplace, with baby girls disproportionately abandoned, resulting in “131 males per 100 females in the city of Rome, and 140 males per 100 females in Italy, Asia Minor, and North Africa.”

Only with the arrival of Christianity did the status of women change as obligations were placed on husbands. As Stark has shown, “Christians condemned promiscuity in men as well as in women and stressed the obligations of husbands toward wives as well as those of wives toward husbands…. The symmetry of the relationship Paul described was at total variance not only with pagan culture but with Jewish culture as well.”

Stark shows that Christianity recognized women as equal to men, all sacred to God. Christian wives did not have abortions (neither did Jewish wives), and Christians opposed infanticide, polygamy, incest, divorce, and adultery—all to women’s benefit. No longer serfs to men, women had dignity, were not rushed into marriages, and served as leaders in rapidly growing Christian communities. Christian women married older than pagans and into more secure families, had better marriages, were not forced to remarry if widowed, and were given assistance when needed. Stark notes Paul’s teaching:

Thus, the progressive narrative upon which contemporary, anti-family policies rest, is false. Only through Christianity did women receive full marriage rights and gender equality in fidelity. The private, monogamous family has served the human needs for love and companionship, economic and social well-being, and the rearing of children. Abandoning these lessons is at the root of the modern decline of the family, and government can only further undermine the rights and benefits that have uplifted the lives of countless men, women, and children through Christian-inspired marriage. To restore the family, civic and religious leaders must challenge such folly to achieve the needed privatization and de-politicization reforms. 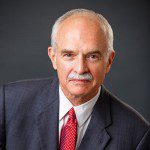 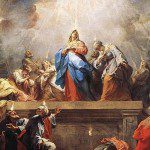 May 22, 2015
Getting Over our Embarrassment of the Supernatural
Next Post

June 3, 2015 Little Widgets
Browse Our Archives
get the latest updates from
The Evangelical Pulpit
and the Patheos
Evangelical
Channel
POPULAR AT PATHEOS Evangelical
1 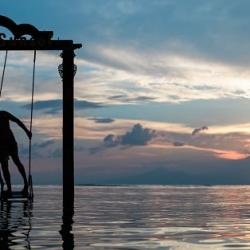 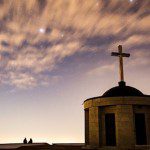 Evangelical
How One Man Made a Difference
The Evangelical Pulpit 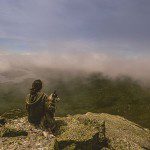 How the Loss of Family & Church Gave...
Mary Eberstadt argues that the decline of the family and of the...
view all Evangelical blogs
Copyright 2008-2021, Patheos. All rights reserved.