Christmas before I became a Christian

Forty-seven years ago, I married a cute little Jewish girl. We had four kids. We celebrated Christmas and Hanukkah. I didn’t believe in Christ and she never heard of Torah. We were made for each other. We bought way too many toys for the holidays, celebrated joyously with our extended families, went thoroughly and embarrassingly overboard on all that attends these massive festivals of love, family, friends and craven materialism. Then, I read the bible.

Holiday colossuses with feet of clay

It didn’t take too long before I discovered that both Christmas and Hanukkah—the pivot points of our calendar year—turned out to be relatively insignificant to the writers of the two testaments. I was pretty surprised. The attention we give them is way out of proportion to their biblical witness. And I read Jesus’ warning to us that we unhelpfully “hold onto the traditions of men” (Mark 7.7). Well, apparently that’s what we’ve done with Christmas and Hanukkah. Both are Gulliver-sized traditions of men, with Lilliputian biblical foundations.

Hanukkah – wonderful, but not especially Biblical

The real deal festivals in Judaism are Pesach (Passover), Shavuot (Feast of Weeks, or Pentecost), Sukkoth (Tabernacles), Rosh Hashana (New Year) and Yom Kippur (Day of Atonement). The bible records God declaring each “a lasting ordinance” and commanded Israel to maintain each as a sacred part of its covenantal obligations with YHWH. There was never any debate among biblical Jews as to how to fill out their holiday calendars … God did it for them.

So, whence came Hanukkah? After the Syrian-Greek Seleucids rampaged and desecrated the Temple during the Maccabean revolt, the Jews restored and re-dedicated it, during which some menorahs burned far beyond the point when their fuel would have run out. A miracle, but a junior league miracle. And none of it is in the Hebrew Bible.

Christmas – equally wonderful, but out of proportion to its Biblical roots

It seems to me: a) the more scripture talks about something; and b) the more highly those somethings are regarded by the biblical writers, the greater the significance we should give them. The Christmas story is told in only one of the four gospels: Luke. Matthew picks up the narrative one or two years after Jesus was born, so it’s not a birth story. This takes the much belated Three Wisemen, their nifty gifts and the Star of Bethlehem out of all of our Christmas cards and carols.

That leaves Luke to flesh out the actual enfleshment of God, i.e., “Christmas.” And I have no doubt that the singular story of the birth of Jesus as retold by the fastidious and reliable doctor is true and accurate. Nor do I doubt the virgin birth–or, at least that Mathew believed it. I simply question why a story found in only one of the gospels got itself propelled into the biggest Christian holiday of the year. Mark and John are pretty much uninterested. Paul never talks about it. Nor does he ever mention Mary, the mother of Jesus.

Then how did Christmas become the mother of all Christian celebrations?

What say the Apostles?

It is of considerable significance to me that the apostles and the early church, while faithfully observing holy communion as Jesus and Paul had instructed, never saw fit to make a megálo théma (big deal) of the events explained in only one-third of one chapter of one gospel. I am a big fan of Reception Doctrine and Apostolic Priorities or Preferences, in other words, examining how stories and doctrines were received in the first and second centuries.

This is when the apostles and other eyewitnesses were still alive to tell their accounts. This time frame also accounts for those who were associated with, or were taught by the apostles and eyewitnesses, and perhaps includes a touch of second or third generations. After that, the church started to become institutionalized, history began to get reshaped to serve other purposes, and the original sources waned in influence.

As far as I can tell, the biblical writers, apostles, apostolic fathers, principal leaders, acolytes, thinkers and influencers of the first, second and perhaps (first half of) the third century church(es) just didn’t place a whole lot of energy and emphasis on the birth of Jesus. We have access to a slew of sermons, writings and recorded thoughts and teachings of church leaders in the first two centuries—as well as their thoughts, beliefs and teachings developed in response to various perceived heresies.

The birth story of Jesus told in Luke, while certainly significant, didn’t seem to get a lot of attention or development. It never rose to anything we would consider as doctrinal. The Christmas story was simply not that megálo of a théma.

Then what did the Apostles make a big deal of?

Thus, the crucifixion and bodily resurrection of the baby born of curious origins and low means after he grew up is the gospel “good news” … for us and not just good news for Jesus. Paul goes on to explain: “Christ has indeed been raised from the dead, the first fruits of those who have fallen asleep…. [I]n Christ all will be made alive. But each in turn: Christ, the first fruits; then, when he comes, those who belong to him.” (vs. 20-23)

He then goes on to characterize the death and resurrection of Jesus of Nazareth (yes, born in squalor and mystery), as the precursor, prototype and predictor of our own bodily resurrection to the Kingdom of God in the New Creation, as the lynchpin and foundation of our Christian faith? (vs. 17-19)

Yet we make a bigger deal about Christmas than we do about Easter. Easter is King Kong. Christmas is Fay Wray—not the other way around.

So stop fretting over the secularization of Christmas, and let’s start celebrating Easter every day

As a midlife Christian, I don’t bemoan the “secularization” or “commercialization” of Christmas. Yet I greatly and worryingly lament our compartmentalization of Easter into one day a year. Paul, the explicator-in-chief of all things gospel, told the Corinthians to reshape their Passover celebrations to accurately reflect what had just happened:

“For Christ, our Passover lamb, has been sacrificed. Let us therefore celebrate the festival, not with the old leaven, the leaven of malice and evil, but with the unleavened bread of sincerity and truth.” (1 Corinthians 5:7)

There it is right there! We are to celebrate the Passover in light of the cross and empty tomb. And that is what we call Easter. The Jews remember and celebrate every day their history of being rescued and redeemed by God from bondage in Egypt. And, as repeated in sermon after sermon by Peter, Stephen and others, we need to remember and celebrate every day that all believers have been rescued and redeemed by the GodMan Jesus from sin and consequent unrighteousness through his death and resurrection, so we can live unalienated with our God in the age to come (eternal life).

Do we need to de-emphasize Christmas in order to elevate Easter? Not at all.

As Christians, we are followers of the Messiah of Israel. The Son of God… who was and is God. The savior of all creation. The great liberator…who rescued and ransomed us from otherwise hopeless bondage. Who lived and breathed and loved and taught and led? Who died for us? Who was resurrected for the sake of our own resurrection? And, to do all that, he came to us as a human baby who got himself born, as rightly regaled in our Christmas cards and carols.

So, let’s revel in Christmas this Christmas. Let’s enjoy spending time with our families and friends. Let’s promote peace and human kindness. Let’s be happy and cheerful seeing the wonder in our children’s eyes. And then get on with the holy business of following the Son of God who was bodily resurrected from the dead so that we may also be bodily resurrected from the dead.

Easter is when God’s future for us came bursting into history so that, when history vaporizes and this seemingly endless Lent comes to its promised and assured climax, “God’s dwelling place [will be] among the people, and he will dwell with them. They will be his people, and God himself will be with them and be their God. ‘He will wipe every tear from their eyes. There will be no more death’ or mourning or crying or pain, for the old order of things has passed away.” (Revelation 20:3-4)

Now, that’s a holiday worth celebrating … every day!

About Roland Wrinkle
Roland Wrinkle, JD, is a bible teacher and writer for his local Presbyterian church. For 45 years, he has helped create and shape consumer protection law as an appellate lawyer who has argued landmark cases before the Courts of Appeal, California Supreme Court and United States Supreme Court. Twenty-five years ago he turned his experience and skills towards understanding the bible. He lives with his wife of 48 years, with their four kids, three kids-in-law and seven grandkids all living nearby. You can read more about the author here.
Previous Post 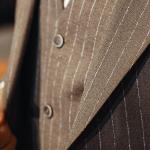 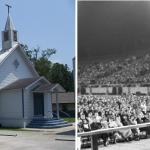 December 21, 2021 ‘Do Not Despise These Small Beginnings’: Billy Graham’s First Sermon
Browse Our Archives
get the latest updates from
The Evangelical Pulpit
and the Patheos
Evangelical
Channel
POPULAR AT PATHEOS Evangelical
1 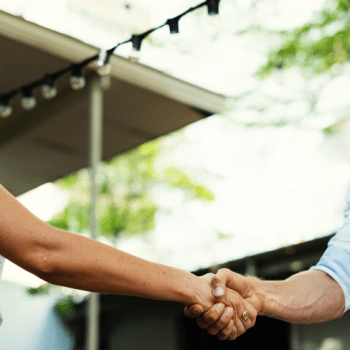 As The "Nuclear" Family Goes, So Goes God?
Let's compare two contemporary views on the nature of the family. The...
view all Evangelical blogs
Copyright 2008-2021, Patheos. All rights reserved.