What are Friends and Family For?

What are Friends and Family For? December 23, 2015 Jeremy Neill

A New York Times special report that was published online on October 18, 2015 described the life and death of a retired mover named George Bell. There was nothing distinctive about Bell and he died alone of heart disease in his apartment at age 72, without any family being aware of his existence. The article concluded that Bell’s solitary existence, life, and death are becoming all too commonplace among the 50,000 or so deceased persons in New York City each year. For Gerard Sweeney, a private lawyer who does public administrative work and handles cases like Bell’s, “You can die in such anonymity in New York. We’ve had instances of people dead for months. No one finds them, no one misses them.”

The statistics suggest that Bell’s life of solitude is increasingly frequent among Americans and Western Europeans. It is as if the freedoms that we have so long sought – lifestyle, belief, and activity freedoms – are resulting, at least in a collective sense, in our increasing isolation from each other. I live in Houston and a billboard on the highway this last year, advertising an online dating service, urged drivers to look at the cars around them because 50% of the drivers in their vicinity were single. The billboard is right, studies suggest that 50% of American adults are now unhitched for the first time ever.

The freedoms of the contemporary world are extraordinary and unprecedented. Today the great majority of us can more or less choose our own way in life, without anyone else coercing us or forcing particular opinions and lifestyles upon us. But the dark side of this unprecedented era of freedom is the way that we are choosing to exercise our freedoms. Increasingly, when marital relationships don’t go our way we are bailing for the sake of our own autonomy and control. And increasingly, when children have fights with their parents, or parents with their children, the result is that the children and the parents become estranged and go their separate ways amid our modern cities and their anonymous, isolated vastness.

It’s not just America, it’s the western world. A few years ago I remember there being a major heat wave over the summer in France. It resulted in the deaths of several thousand people. Most of them were elderly people who lived alone and did not have the personal resources or know-how to deal with the heat. Did they live alone because their children refused to take them in or live near enough to care for them during medical crises? Or did they live alone because they themselves valued their lifestyle freedoms – the ability to control what they did each day – more than they valued the relational proximity of neighbors, peers, and family? Probably it was a mix of both.

Quality time spent with friends and family is one of the great joys of my life. There is little in my life that I have found more fulfilling than conversations and life together with persons who are dear to me. So I struggle sometimes to understand the choice that so many of my peers these days are making – the choice to live alone, rather than in community. Some people now prefer to live with a dog or a cat rather than with another human being. We seem to be perfectly willing to venture out and sometimes to be social, but when it comes to our living quarters a lot of us prefer isolation.

There have been a number of times in my life when I too have wanted to leave community and live by myself. A major consideration for me at those times was that it can be difficult and contentious sometimes to live with others. Life in community curtails our personal freedoms. And, like anyone else, I certainly wanted those freedoms to be as expansive as possible. But I always pulled back because of something a friend once told me. As a Christian, she said, she preferred living in community. The reason why was that if she were to live alone then she would be missing out on one of life’s major sanctification opportunities. When we live alongside others, she reasoned, we have to die to our own desires and interests, and instead accommodate ourselves to the interests of others. She was (and is) an extraordinary servant, selfless in every way. And one of my major desires since getting to know her has been to live, like her, a life of service.
This Christmas I’m going to do the usual and celebrate friends and family – but this time, not just for the love they offer. I’ll also celebrate them for the opportunity they offer to learn a life of service and selflessness. 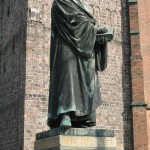 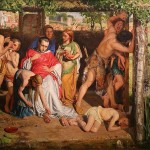 Hebrews: 5 Books Every Pastor Should...
Crux Sola: Formed by Scripture to Live like Christ
Related posts from Everyday Ethics