What is Cultural Persecution?

The statistics suggest that over the last decade in America, the cultural Christians have finally begun to break ranks with other, more observant Christians. It’s not that participating Christianity is declining so much as it is that the persons who in previous surveys have classified themselves as ‘Christian’ because it was the culturally expected thing to do have now begun no longer to classify themselves with any religious designation at all. From recent Pew surveys we are told that the ranks of fervent Christians – including especially evangelicals – have slipped hardly at all. But the numerical decline among their less observant mainline counterparts has begun to accelerate.

The decline of cultural Christianity is both a good and a bad thing for the future of the Christian religion in the United States. It is a good thing in that the Christian church will now be smaller, sleeker, and more muscular. Its members will really believe its doctrines and will not be participating in its practices for the sake of merely gaining cultural capital. As a genuine Christian, I welcome a church in which the people worshiping alongside me on Sundays likewise are there out of sincere conviction, and not because of legacy fidelity to their parents, or in order to impress a potential business partner.

But the decline of cultural Christianity is also a bad thing for the future of the Christian religion in the United States. It is bad because it suggests the onset of a time of greater cultural hostility and opposition to the Christian religion. Christians often make much of their history of having withstood cultural persecution before. This is true, but what often is lost in the memories is the difficulty of living through such persecution. It’s hard to hold to one’s faith when one’s friends, colleagues, and neighbors are jeering at one and telling one that her deepest beliefs are naught but hogwash. The Apostle Paul knew this well, and late in 2nd Thessalonians chapter two he encouraged his protégés to “stand firm and hold fast to the teachings we passed on to you, whether by word of mouth or by letter.” (2nd Thessalonians 2:15) Cultural hostility is a hard cross to bear. But in the end it can refine our hearts and minds, and produce an even greater harvest of righteousness.

Finally, American Christians who are worried by the prospect of increasing cultural hostility would do well to remember some of the other, more serious persecutions that Christians of the past have faced before. The book of Hebrews, describing in chapter 11 the ways that believers responded to some of these persecutions, says “There were others who were tortured, refusing to be released so that they might gain an even better resurrection. Some faced jeers and flogging, and even chains and imprisonment. They were put to death by stoning, they were sawed in two; they were killed by the sword. They went about in sheepskins and goatskins, destitute, persecuted and mistreated – the world was not worthy of them. They wandered in deserts and mountains, living in caves and in holes in the ground.”

Anytime I am dismayed by the prospect of a diminished salary, or a legal defeat, or angry protestors, or even raised eyebrows at the water cooler, I remember this passage in Hebrews. And I think about what real cultural persecution is like. Referring to the sufferers of real persecution, the writer of Hebrews in the same chapter says “If they had been thinking of the country they had left, they would have had opportunity to return. Instead, they were longing for a better country – a heavenly one. Therefore God is not ashamed to be called their God, for He has prepared a city for them.” 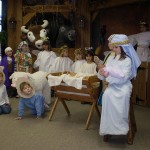 December 23, 2015
What are Friends and Family For?
Next Post 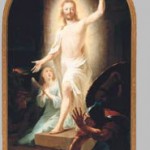 How Can You Know If You're...
Preventing Grace
Related posts from Everyday Ethics