In my ‘Introduction to Philosophy’ classes I often teach David Hume’s famous ‘Enquiry,’ from the 1700s. One of the most important parts of the Enquiry is Hume’s critique of miracles. In truth, Hume is not just critiquing miracles. He is trying to critique all supernatural phenomena (i.e. dreams, healings, visions, answers to prayer, interactions with God, etc.). The critique of miracles in section 10 of the Enquiry is a reason for thinking that Hume was probably an atheist.

First I want to offer a quick summary of Hume’s argumentation. In the first part of section 10, Hume defines a miracle as a highly (or extremely) improbable event (in his words, a ‘violation of the laws of nature’). He then goes on to argue that the prudent person, whenever he hears a story from someone else or whenever he encounters some phenomenon for himself, is always going to favor the side of the story that is more probable. It is, Hume thinks, just common sense for humans to believe whatever point of view has the greater probability.

Now although I disagree with important parts of Hume’s argument here, I want first to highlight a couple of points of agreement. I think Hume is right about two things. The first is that a miracle is a highly improbable event. The second thing I agree with him on is that I think prudent persons ought to be very cautious in what they believe. I think especially that prudent persons ought to be wary about miracle stories and about any evidence of miracles that they encounter with their own senses. I personally think that the great majority of miracle stories that we are told via hearsay or conversation are probably false.

But at the same time, in spite of these points of agreement, I disagree with the main thrust of Hume’s argument in section 10. My response to Hume’s argument is as follows. OK, so we are saying that a miracle is a highly improbable event. Fair enough. I can agree with that. But then I do not think we can take Hume’s further argumentative step. In particular, to assemble evidence that miracles are highly improbable things is not to demonstrate that miracles do not occur! It is simply to demonstrate that they are highly improbable. To try to leap to the next argumentative level and, on the basis of the assertion that miracles are improbable, to say that miracles must (1) not ever occur, or (2) ought never to be believed by prudent persons, strikes me as being too aggressive with the argument’s conclusions. The argument that Hume makes, at its core, is not a demonstration that miracles do not happen! So it is not what a lot of atheists have believed it to be. Instead, all that I think that Hume’s argument shows is that we ought to be very cautious in what we believe. This includes our beliefs about miracle stories.

At any rate, because Hume is so careful to urge caution and prudence about what we believe, I am very grateful to him. In that important sense, at least, I think that the argument that Hume makes in the Enquiry is a helpful guidance device as we are seeking to form our everyday opinions. I do not, however, think that Hume’s argument demonstrates that miracle stories should never be believed. 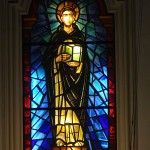 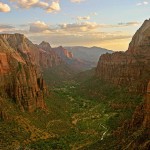 September 11, 2017 Why I think Miracles are Real
Recent Comments
0 | Leave a Comment
Browse Our Archives
get the latest from
Evangelical
Sign up for our newsletter
POPULAR AT PATHEOS Evangelical
1

How the Loss of Family &...
Cranach
Related posts from Everyday Ethics