Why I think Miracles are Real

Why I think Miracles are Real September 11, 2017 Jeremy Neill

In his famous Enquiry, the philosopher Dave Hume offers 4 supplementary arguments against miracles (or ‘prodigies,’ as he calls them). He thinks that these arguments refute the existence of miracles. I want to talk briefly about two of them here.

Hume’s second argument against miracles kind of boils down to just one key thought: human beings have a tendency to exaggerate. Humans have a desire for novelty, and a need to experience the sensations of surprise and wonder that often lead them to fabricate tall tales and wild stories. I strongly agree with Hume on this one! Many times in my own life, people have told me wild stories about supernatural events. Why do I think they did it? A lot of the time, the reason seemed to be nothing more than a desire to exaggerate for the sake of adventure or novelty. But again, at the end of the day I think that Hume overreaches in the conclusions he draws from this argument. This is because Hume’s second argument, once again, is not in fact a demonstration that miracles never occur! It merely suggests that a lot of miracle stories are exaggerated. It is overreach for Hume to draw any further, stronger conclusions than this from the second argument. 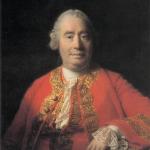 September 18, 2017 Miracles Don't Just Happen in Far-Away Places
Recent Comments
0 | Leave a Comment
"You can believe in equality (i.e. equal justice, equality before the law) without believing all ..."
R.O. Moses Are Atheists Really Theists in Disguise?
"You are misunderstanding the transcendent. You also seem to disregard the extent of evil."
Jesse H Everyday Ethics - Reflections on family, ..."
"atheists need to get rid of all of the moral values and teachings that have ..."
Bob Seidensticker Are Atheists Really Theists in Disguise?
"Or maybe atheists and Christians both happen to be mammals, and therefore, there is a ..."
barry Are Atheists Really Theists in Disguise?
Browse Our Archives
get the latest from
Evangelical
Sign up for our newsletter
POPULAR AT PATHEOS Evangelical
1

How the Loss of Family & Church Gave...
Mary Eberstadt argues that the decline of the family and of the...
view all Evangelical blogs
What Are Your Thoughts?leave a comment
Copyright 2008-2021, Patheos. All rights reserved.