What does it mean to be made “in the image of God?”

My last post touched on the concept of humankind being created in the “image of God, or as it’s called in Latin, imago dei. As I mentioned then, there’s a whole treasure trove of literature, both Jewish and Christian, about what it means to be created in God’s image and what theological or ethical implications this truth might have.

Here, I want to focus on the plain meaning of the words, and show how understanding Ancient Near Eastern texts and societies from the time of the Bible can give us insight into this enigmatic verse.

The Assyrian king Esarhaddon, of the 600s BCE, was referred to by his court officials as “the very image” of Bel, an Assyrian god. The word translated as “image” in that text even shares the same root as the Hebrew word in Genesis (Salmu vs. Selem)! Additionally, Egyptian pharaohs, especially during the 1500s BCE, are often referred to in texts as the “image” of various gods, like Re or Amon.

Thus, our Ancient Israelite reader of Genesis would have viewed the doctrine of imago dei as revolutionary. The Bible cuts against the popular Ancient Near Eastern belief that only kings are in the image of the gods, and so only kings could rule everyone else. These kings were generally autocratic tyrants who did as they pleased and answered to no one, their authority totally justified by their special divine status.

Against that vision of monarchy and absolute rule, the Bible says that all people are created in God’s image, and not just kings. This means that God, depicted as sovereign ruler of the cosmos in Genesis chapter 1, essentially “delegated” his power and authority to human beings, that they should rule over the world and become like microcosmic gods themselves, with both the rights and responsibilities of justly ruling their kingdom, as God does.

No longer can one man represent God and rule on His behalf. Now, all of us have to carry that burden of sharing in leadership over the world.

This has obvious political consequences. If God’s presence isn’t localized and limited to one person, but rather spread out throughout all of humanity, thus making us all equals before God, then how should the political/governmental structure of our society reflect that truth? If we are all equal, can anyone rule? Gideon didn’t think so; when the people asked him to become king, he responded:
“I will not rule over you, nor will my son rule over you. The Lord will rule over you.”
(Judges 8:23)

But later, the kings of Israel do play a pivotal role in helping Israel achieve its goal of becoming a people representing God to the world. What is the new and improved role of the king in Israel, such that he can help the people serve God without creating the unequal, ungodly hierarchy of Egypt and Mesopotamia?  It’s a great question, and I hope to try to answer it soon in a future post. Stay tuned.

October 30, 2018
The Heresy of the Gospel of Thomas: A Jewish Perspective
Next Post

November 11, 2018 How we know what’s right: from God or from ourselves?
Recent Comments
1 Comment | Leave a Comment
Browse Our Archives
Related posts from Everything Old is New Again

Jewish
The Heresy of the Gospel of Thomas: A...
Everything Old is New Again

Jewish
The Bible is not enough: why Jews believe...
Everything Old is New Again
TRENDING AT PATHEOS Jewish 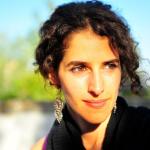 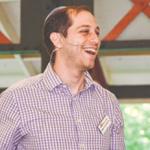 Not Looking Away from Our Pain
By Rabbi Tyler Dratch Parashat Balak (Numbers 22:2-25:9) There’s an image that...