When is it Okay to File for Bankruptcy?

For Christians, this can be a delicate issue. When is it okay to file for bankruptcy? It’s not a legal situation we should ever enter into lightly, but are there times when there’s simply no other choice?

The Bible makes it clear that we are to pay our obligations; the passage below implies that there will even be consequences if we don‘t:

Do not be one who shakes hands in pledge or puts up security for debts; if you lack the means to pay, your very bed will be snatched from under you. – Proverbs 22:26-27 NIV

Repudiating our debts – even if it’s perfectly legal – just seems like an activity a Christian should not engage in. But there may also be certain circumstances under which not filing for bankruptcy can be un-Christian.

Let’s take a look at some possibilities.

Most of us can easily appreciate medical reasons to file for bankruptcy. In fact, large medical bills are one of the primary reasons why people declare bankruptcy.

Part of the difficulty with medical expenses that it’s never entirely possible to prepare for any outcome. You can have medical insurance, even sufficient savings to cover co-payments and deductibles, but sometimes even that isn’t enough.

Health insurance plans may determine that certain treatments are either not covered, or are only covered up to a limited number. For example, your therapy may require 10 units of Treatment X, but your plan will only allow five. You may not even be aware of that until you start receiving the bills. And even if you are, you’re unlikely to stop a life-saving therapy in midstream.

Any such an outcome could leave you saddled with tens of thousands of dollars in debt that you have no hope of ever paying back. Bankruptcy is likely to be the only viable option.

No matter how necessary it may be, divorce is usually a financial disaster. You will need to maintain two households where you previously needed only one. And worse, the financial structure that existed during the marriage may be completely unsustainable upon divorce. Debts and expenses may have been incurred during the marriage that are not easy to get out of.

This can lead either or both parties to carrying unsustainable levels of debt. Once again, bankruptcy may be the only way out, especially for the spouse who is required to pay child support and/or alimony. Debts notwithstanding, you still have to support your family.

3. After a prolonged period of unemployment.

Unemployment today often drags out for many months, and sometimes it can go a year or more. It is one thing to cover the loss of income for a few weeks or even a few months, but quite another to deal with it for the long-term.

Just as is the case with divorce, there are often expenses and debts built up during the time of full employment that are now unsustainable. In addition, many people use debt as a way of covering lost income once their savings are exhausted. Existing debts turn into bigger debts.

If the loss of income goes on for too long, you may have no choice but to file bankruptcy to get out from under obligations that you can no longer afford to carry. In fact, your only chance of lowering your cost of living to adjust to your new circumstances may be by discharging previous obligations.

4. When a debt threatens your ability to support your dependent children.

Bankruptcy can become even more necessary when you have dependent children. Even if you have been somewhat irresponsible in running up debt, and that debt reaches the point where your ability to adequately provide for your children is in serious doubt, bankruptcy may be necessary.

Though this may seem to encourage going into debt then discharging it through bankruptcy, your primary obligation is nonetheless the care of your children. If a sin has been committed, it was in running up the debt in the first place – not filing for bankruptcy.

5. During a business failure.

There are millions of small businesses in America, and some of them will fail. When they do, they often leave a trail of liabilities. Not only can those liabilities be financially crippling, but they can also prevent you from moving forward into a new career. Since the business that created the liabilities no longer exists to pay for them, bankruptcy may be the only reasonable way out.

You may be able to pay these liabilities if they’re relatively small. But if they’re the kind that are larger than your income – as is often the case with business failures – bankruptcy may be the only option.

What other circumstances do you think it would be appropriate for a Christian to file for bankruptcy? Leave a comment!

July 5, 2013 Credit Cards: How to Get the Most Out of Them
Recent Comments
0 | Leave a Comment
Browse Our Archives
Related posts from Faith and Finance 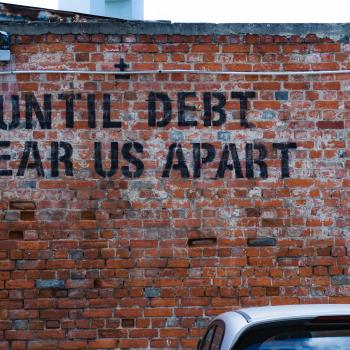 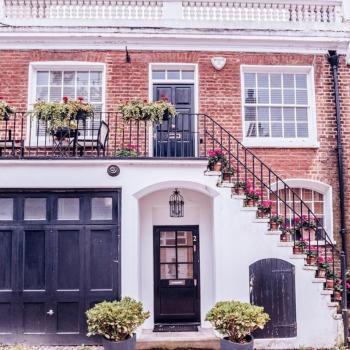 Evangelical
Obedience to the Lord is a Good Thing!
Faith and Finance
TRENDING AT PATHEOS Evangelical