How to Triumph in the Middle of Storms: Six Lessons From Joseph

What kinds of storm are you in? 10% of you are currently unemployed. 50% of you who have been married have also been divorced. Many have been through bankruptcy or foreclosure or repossession. All of us know what it means to lose loved ones. Some storms could have been prevented; some could not. The question is this: “How do you cope?” Joseph of Bible times was rejected by his siblings, unfairly imprisoned and lied to by those who could help him. Yet he came through these storms without becoming jaded or bitter. We too can triumph in the middle of storms by learning these six lessons from Joseph.

Most of us won’t have vivid and highly symbolic dreams like Joseph had (Gen 37:5-10) but we can still dream. Just as God gave Joseph dreams, He wants to give you dreams as well. What are you passionate about? If money was no object, what would you be doing with your life? God put you on earth for a reason. When your passion and God’s plan dovetail, you can be assured that this dream is one to pursue.

2. Joseph knew that God was with him.

If you were rejected by your siblings and sold into slavery in a foreign land, would you believe that God was with you? Joseph did (“The LORD was with Joseph, and he became a successful man, and he was in the house of his Egyptian master.”
Gen 39:2), not when things started getting better, but while he was still a no-name servant. How was this possible? I don’t know, but I wonder if his God-given dreams superceded his immediate circumstances.

Have your circumstances caused you to believe that God has turned his back on you? He hasn’t. His promise is to walk with you no matter what life deals you (“Even though I walk through the valley of the shadow of death, I will fear no evil, for you are with me; your rod and your staff, they comfort me.” Psalm 23:4). Continue to dream in the midst of your trials. God is with you.

Joseph had gifts of administration and prosperity. Potiphar (his owner) recognized these gifts (Gen 39:3-5). The prison guard recognized them (Gen 39:21-23). Pharaoh also recognized Joseph’s gifts (Gen 41:39-41). But one could ask, “What if Joseph would have become self consumed in a pity party? What if he would have sulked and settled for mediocrity?” We probably would know very little about him today. The point is this: he used his gifts and the world around him was forever impacted.

What are you good at? What are you gifted at? Do you know the difference? Simply being good at something does not mean that God is calling you to do it. You might be very good at digging ditches, but gifted at encouraging others through tough times. When you are using your gifts, you will experience a power in your life that comes from outside yourself and you will be amazed at your creativity, clarity of mind and energy levels.

It would read like a 21st century soap opera: A handsome young man is quickly promoted to CEO of the corporation. The boss’s wife, neglected by her husband, starts flirting with this young man. He persistently refuses, but her passions are fueled to the point where she schemes to seduce him by arranging a time when they are totally alone in the house. Of course we are talking about Potiphar’s wife and Joseph, (Gen 39: 7-13) who was eventually imprisoned for refusing her advances.

Do you ever use your times of adversity to compromise your values? Do you rationalize that second drink? Skipping church? Overeating? Becoming too friendly with the wrong people? Etc, etc? Remember the integrity of Joseph. Taking the high road cost Joseph (he was falsely accused and imprisoned) but eventually became the pathway toward the fulfillment of his dreams.

5. Joseph loved and forgave his family.

Joseph had every reason to build bitterness against his brothers, but he retained his love for them as evidenced in the tender scene when Joseph reveals his identity to his brothers (Gen 45: 1-4).

Storing up unforgiveness may seem justifiable to you, but will only turn your unforgiveness to bitterness. I love this quote, “Unforgiveness is the poison we swallow hoping someone else will die.” Forgive.

Joseph was able to see God’s hand in his circumstances, as evidenced with these words to his brothers, “And now do not be distressed or angry with yourselves because you sold me here, for God sent me before you to preserve life. For the famine has been in the land these two years, and there are yet five years in which there will be neither plowing nor harvest. And God sent me before you to preserve for you a remnant on earth, and to keep alive for you many survivors. So it was not you who sent me here, but God. He has made me a father to Pharaoh, and lord of all his house and ruler over all the land of Egypt.” (Gen 45: 5-8).

God’s ways are higher than our ways. He knows and understands every detail of your life. You may never understand the “why” of your experience this side of heaven, but you can nevertheless trust a holy, sovereign and loving God.

Just as he did in Joseph’s life, he is working right now to help you triumph in the middle of your storm. 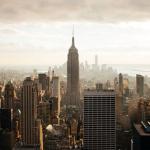 May 21, 2018
Financial Lessons From Yesteryear’s Entrepreneur: JC Penney
Next Post

May 28, 2018 Frugal Is Not the Same As Cheap
Recent Comments
0 | Leave a Comment
Browse Our Archives
Related posts from Faith and Finance 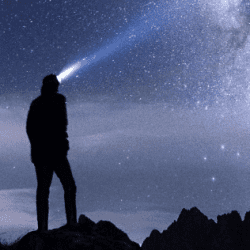 Evangelical
How to Handle Criticism: A Biblical Approach
Faith and Finance
TRENDING AT PATHEOS Evangelical